Home    Discover    Permanent exhibition    The century of the film    Colour

Colour took off in the middle of the 1930s with the emergence of new emulsions designed initially for cinema and adapted afterwards for use in photography.

Several years after the Lumière autochrome plates, films began to appear using the same basic principle: a network of microscopic elements coloured in the three primary colours, blue, green and red, filtered the light. Amongst these so-called geometrical screen films can be found for instance the Dufaycolor and the Finlay. Agfa put an Agfacolor film on the market in 1932, which used the same process. The difference was that it used a filter made of three strips of glass tinted in blue, red and green placed in front of the lens instead of a geometrical screen on the surface of the film. This surface, however, was covered in a framework of microlenses.

The appearance of Kodachrome in 1935 marked the emergence of a new process based on the subtraction of colours rather than their addition. It made it possible to have an image without a geometrical screen which therefore had a much finer grain. It was followed a year later by Agfacolor Neu. The complex development process for these two films meant that users were forced to send the films back to a lab once they were exposed. These two films, which took the form of slides once processed, paved the way for the democratisation of colour. 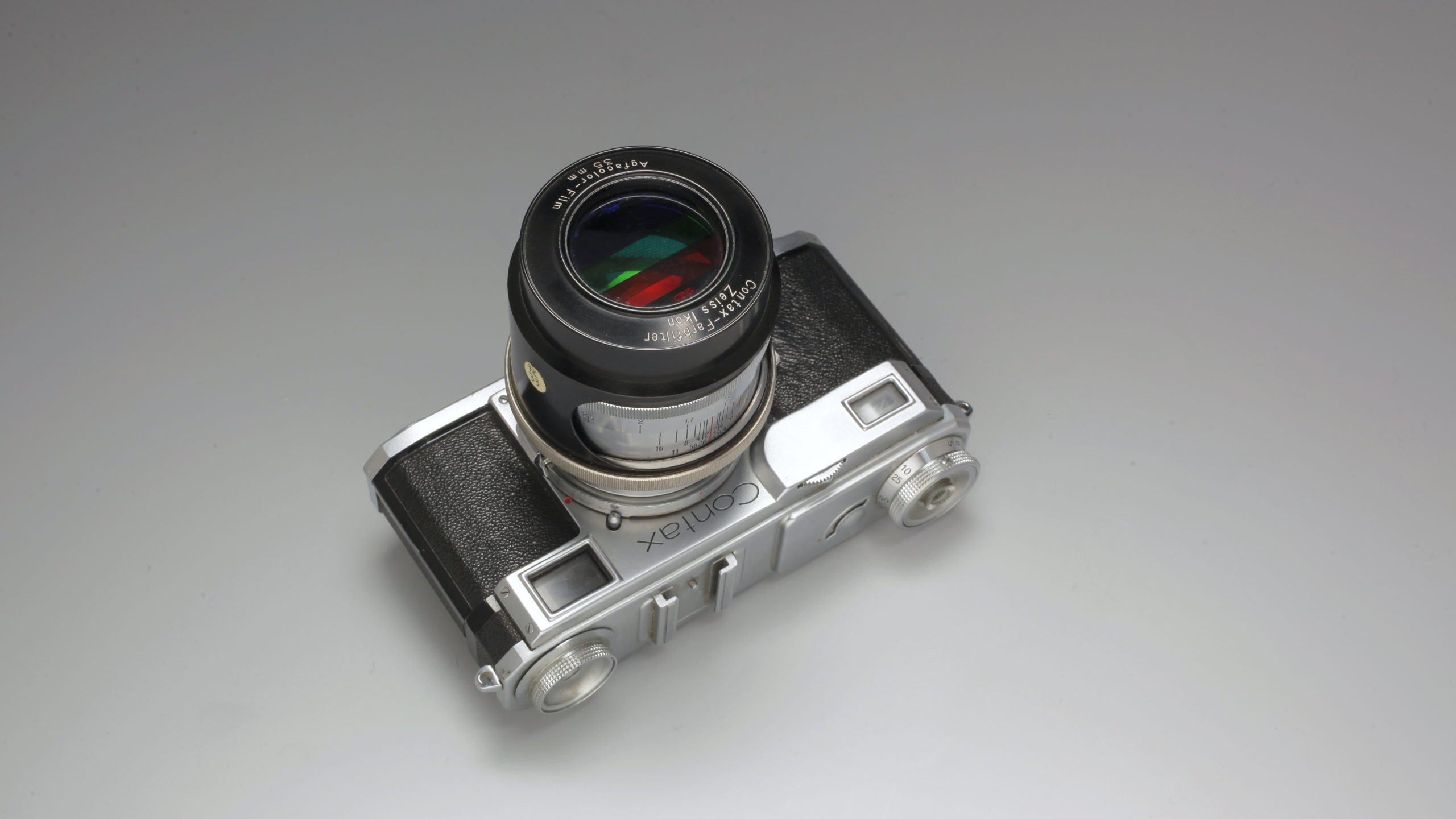 This process, certainly inspired by the embossed film developed by the Frenchmen Berthon and Keller-Dorian, uses a filter with 3 bands of blue, green and red colours to filter the light beam that penetrates through the lens to expose the black and white film covered with a network of microlenses where the density of each hue is thus “recorded”. These same microlenses will restore the coloured vision at the time of projection through a special filter.