The idea of processing the exposed picture directly inside the camera came along very quickly: already in 1839, Talbot had conceived of such a piece of equipment. On the 21st of December 1864 in England, Jules Bourdin applied for a patent for a camera, which he christened the Dubroni Pocket Camera (an anagram of his name), which was produced in several different sizes and models.

This was the era of wet collodion, making it necessary to sensitize the plate just before taking photographs and developing them immediately afterwards. The body of the camera contained a bottle, whose rear side was open; the ground glass was replaced by a glass plate. With the aid of a pipette, the composition for sensitising the plate was inserted into the hole situated on the outer frame and one shook the camera to ensure an even application. After an exposure of a few seconds – with the camera on its stand and corked up – one could proceed with the development. It was possible to check one’s progress through a yellow glass on the rear panel, protected by a shutter.

This model, number 2, was part of a pack containing all the products needed to process the plates, in bottles bearing the trademark Dubroni, as well as various accessories, proof papers, and of course a user’s manual! 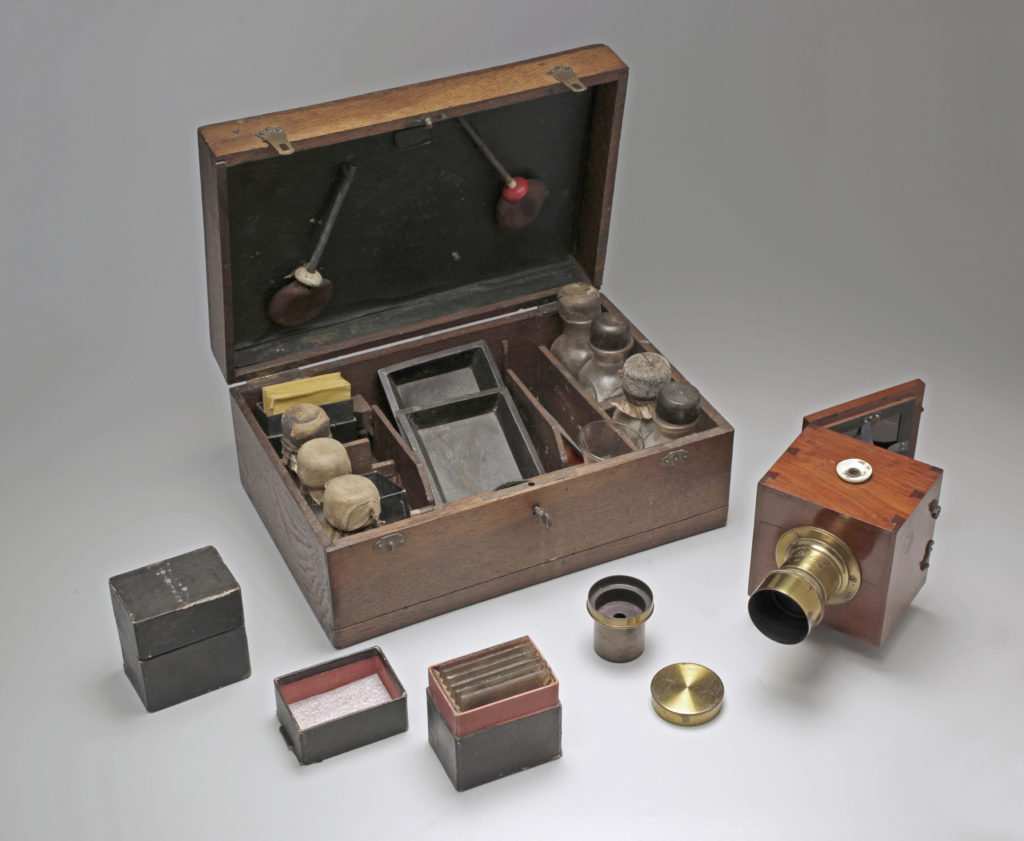 Dubroni, The No. 2 Pocket Photographer in his box with his various accessories.