As early as in 1839, when France too got to know of the result of the research by Talbot, Hyppolyte Bayard, employee at the Ministry of Finance without any special scientific education, but familiar with artistic circles, also managed to produce some “photogenic drawings” on paper, but above all some direct positive images, but could not publish his process, due to political pressures on the part of the promoters of the daguerreotype, whose official announcement had not yet been made. His process was finally published in the Official Monitor on 13 November 1839, after a very encouraging report by the Academy of Fine Arts and he tried to have it recognised in February 1840. In March, Talbot who claimed that he had developed his process before Bayard was invited by the Academy Of Science to reveal it. Compared with Bayard, he had the advantage of the negative and the possibility of multiple printing. 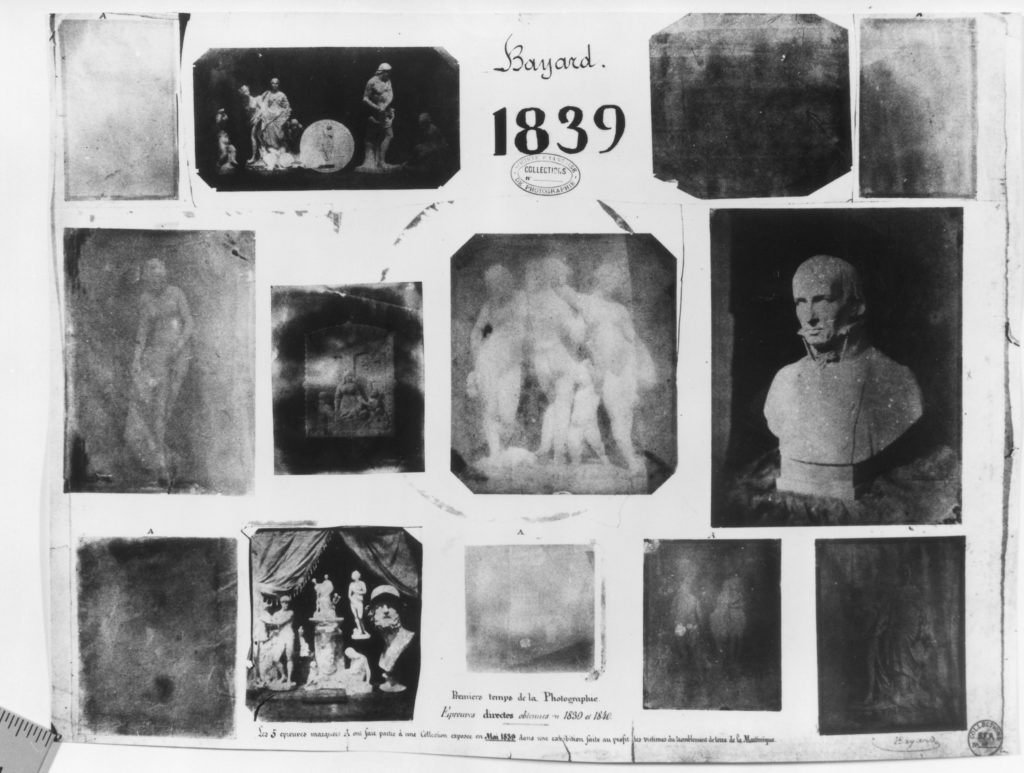