The Megaletoscope of Carlo Ponti

Carlo Ponti, born in Sagno in the canton of Ticino between 1822 and 1824, set himself up in Venice as an optician and photographer. From 1860, he perfected the “Aletoscopio” (from the Greek “true”, “exact” and “vision”), a viewing apparatus for large-sized photographs.

In 1862, he put the finishing touches to the “Megaletoscopio”, an enlarged version of the Aletoscopio and entrusted its production to the cabinetmaker, Demetrio Puppolin. This example, in varnished walnut, the same size as a Megaletoscope despite its name, bears an oval ceramic plaque with the name C. Naya.

If Carlo Ponti was actually given production exclusivity in 1862, the administrative confusion, which reigned the day after Venetia returned to Italy in October 1866, annulled this privilege and so other Venetian photographers, including Naya, were able to produce and sell this camera, which, by the way, cost the latter a lengthy lawsuit…

The Megaletoscope was used to view photographs in two different ways with a light-dark effect. The observer viewed heavily enlarged pictures through the optical system.
With the “daylight” view, the side shutters opened to allow daylight to illuminate the face of the photograph, a print on very fine albumin paper mounted with other elements on a wooden frame with handgrips. The body of the camera could turn through 90 degrees to enable the viewing of vertical pictures.

With the “night-time” view, after re-closing the side shutters and opening the third shutter situated behind the camera in front of a light source, a coloured night-time scene appeared by transparency, with a totally different atmosphere. 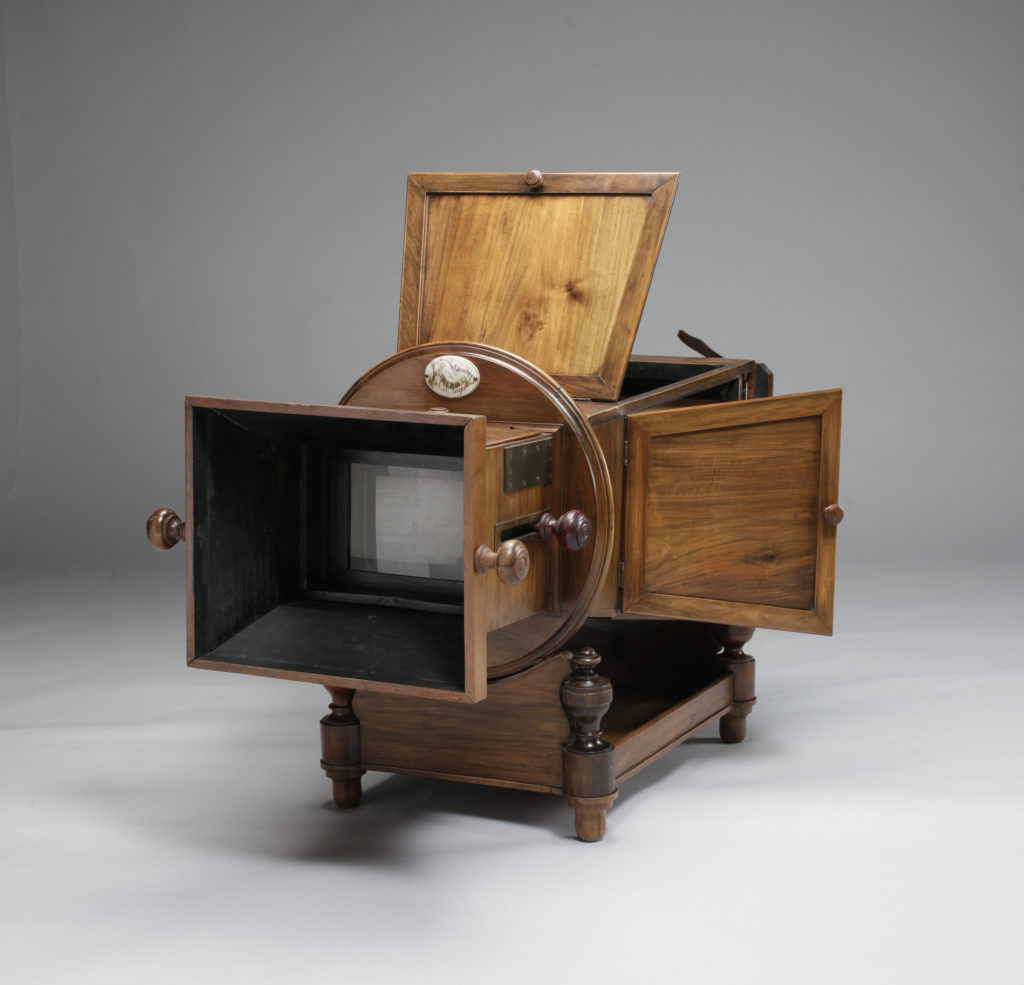 Megaletoscope with an oval ceramic plate bearing the name of C. Naya.

See also - Video: the images with day and night effect