Pictures have always fascinated man, and always stimulated his imagination… Documents, dating from the XIth century, were already talking about the instruments for different applications.

Described earlier in 1646 by Athanasius Kircher in his work “Ars magna lucis et umbrae”, the magic lantern comprises a box with an optical tube to increase the size of the image and forms and various other materials. It projects onto a white surface images painted on glass plates positioned in front of the spot illuminated by a candle or an oil or paraffin lamp, sometimes fitted with a silvered reflector. A chimney evacuates the smoke.

At the end of the XVIIth century, thanks to the impact of German researchers, the magic lantern became easier to handle and was used for other applications than for shows aiming to amuse or frighten, and began to assume a pedagogical and scientific vocation. 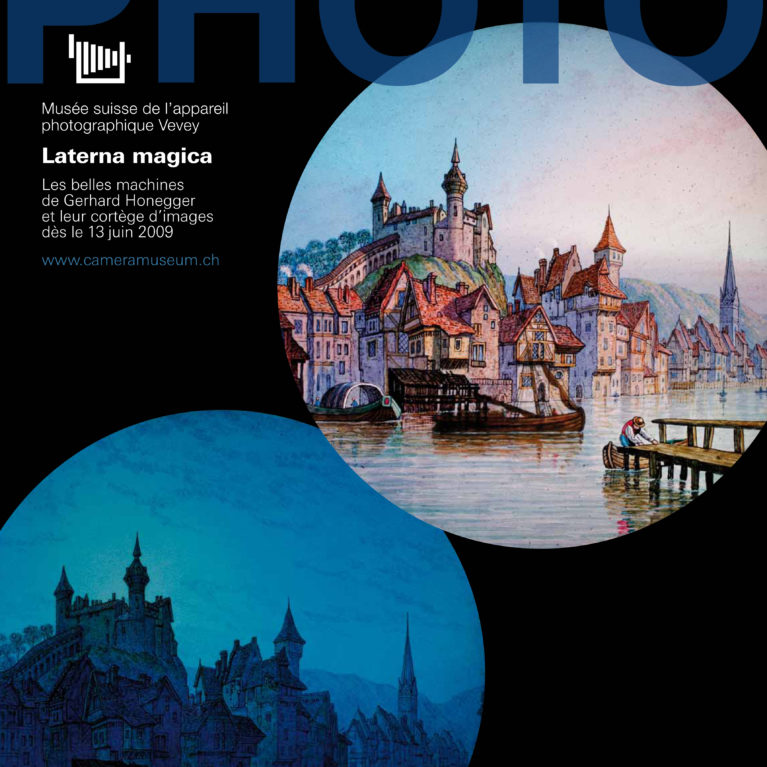 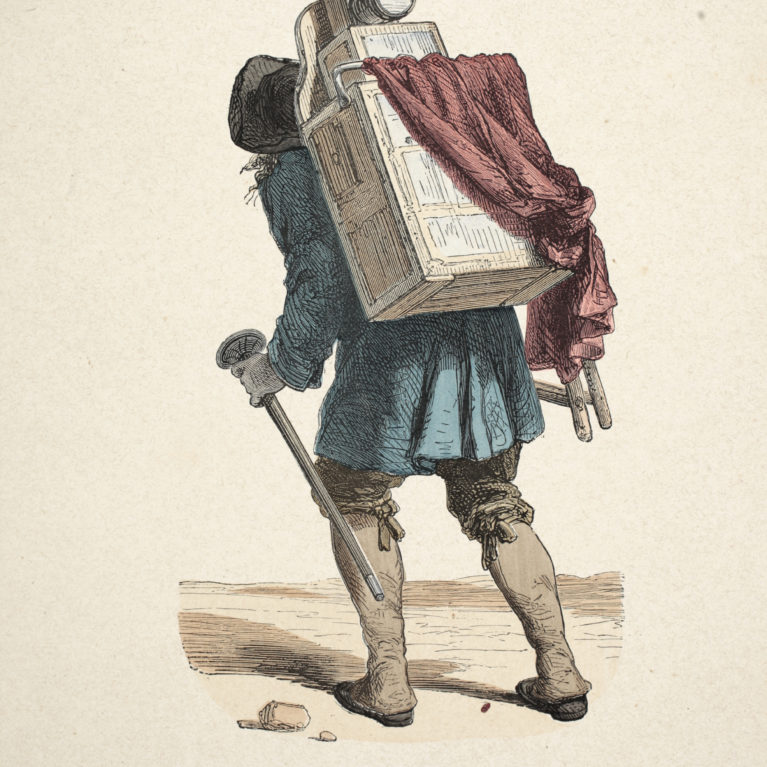 The Magic Lantern up Hill and down Dale 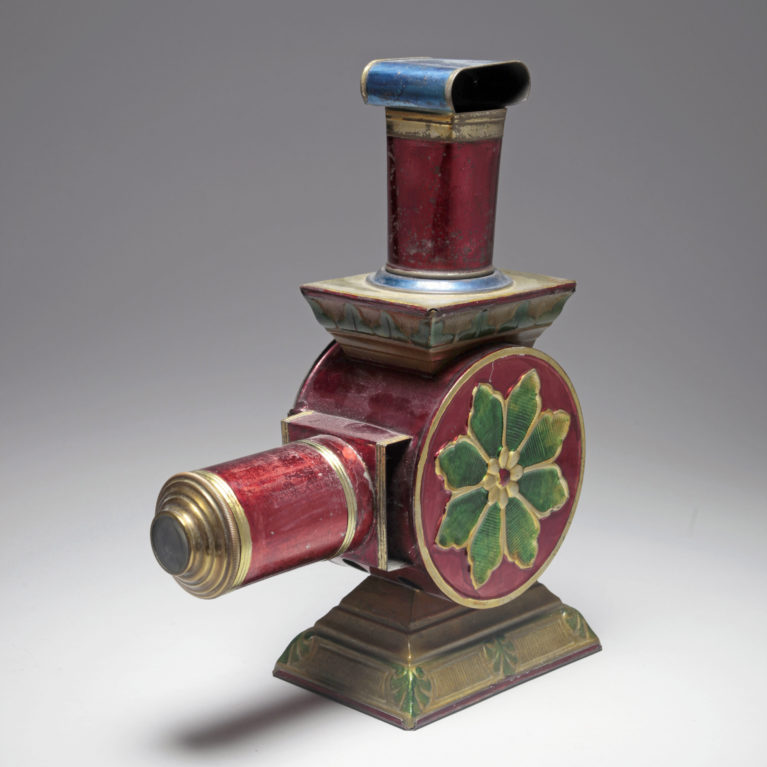 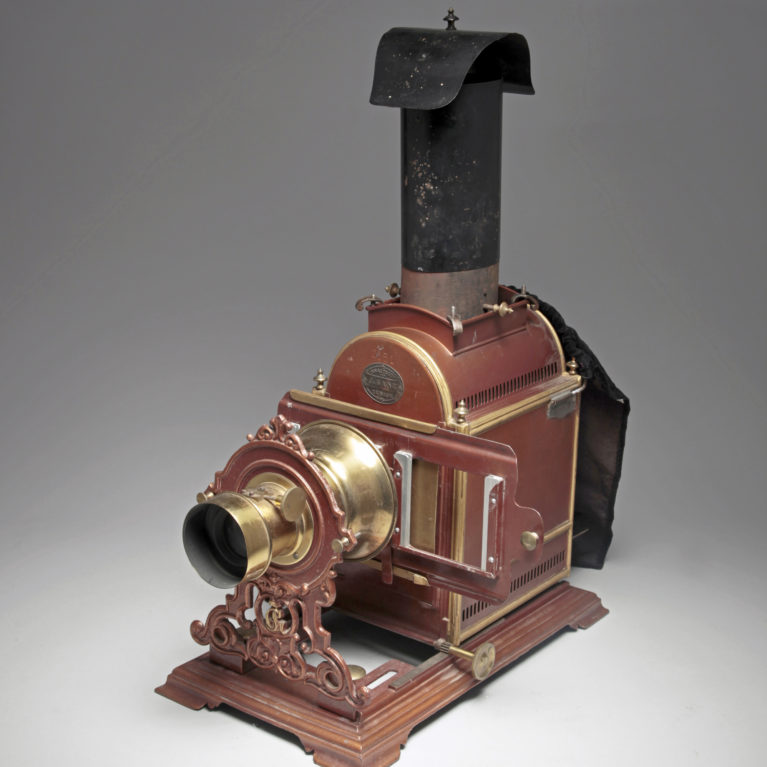 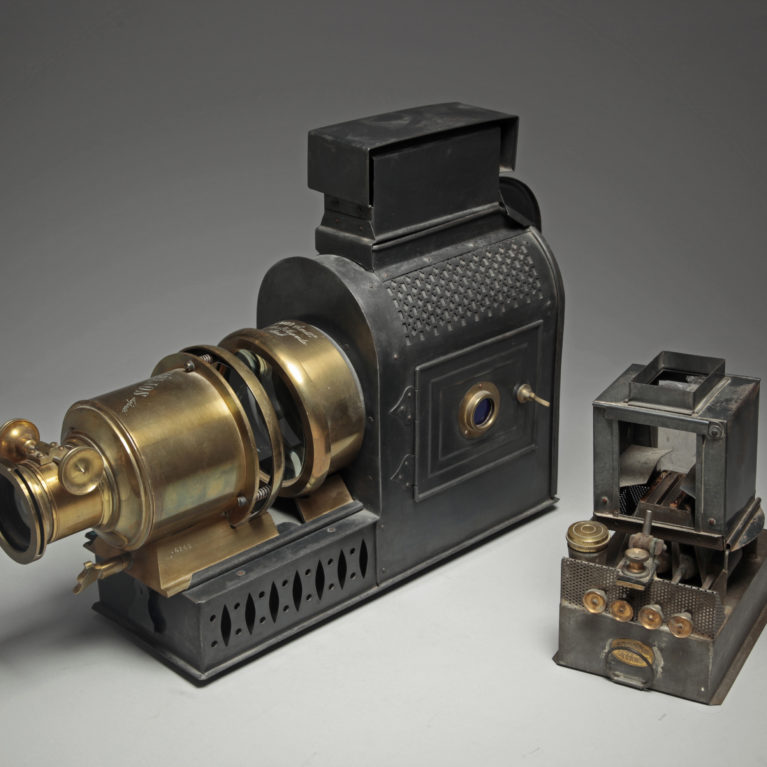 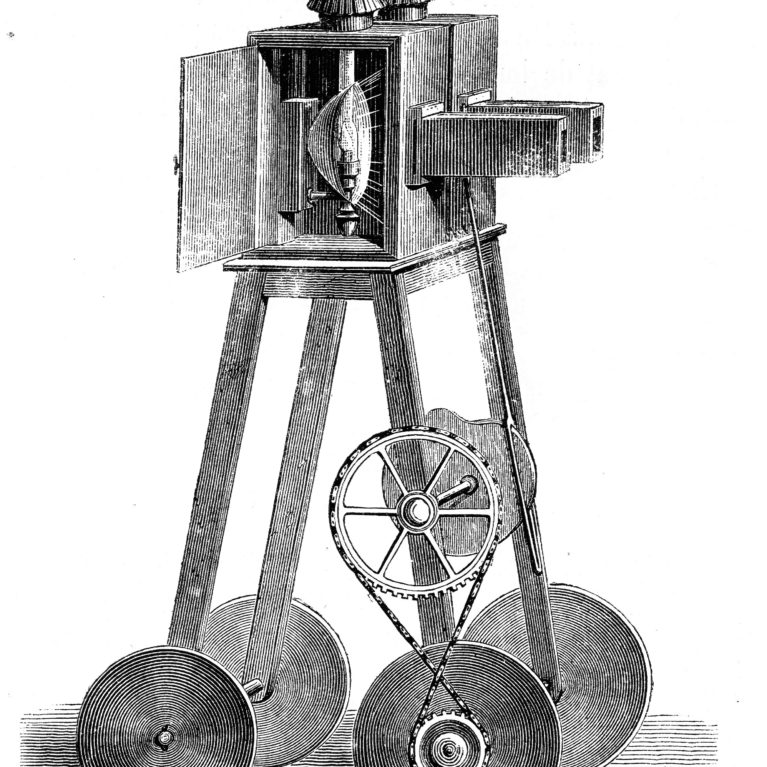 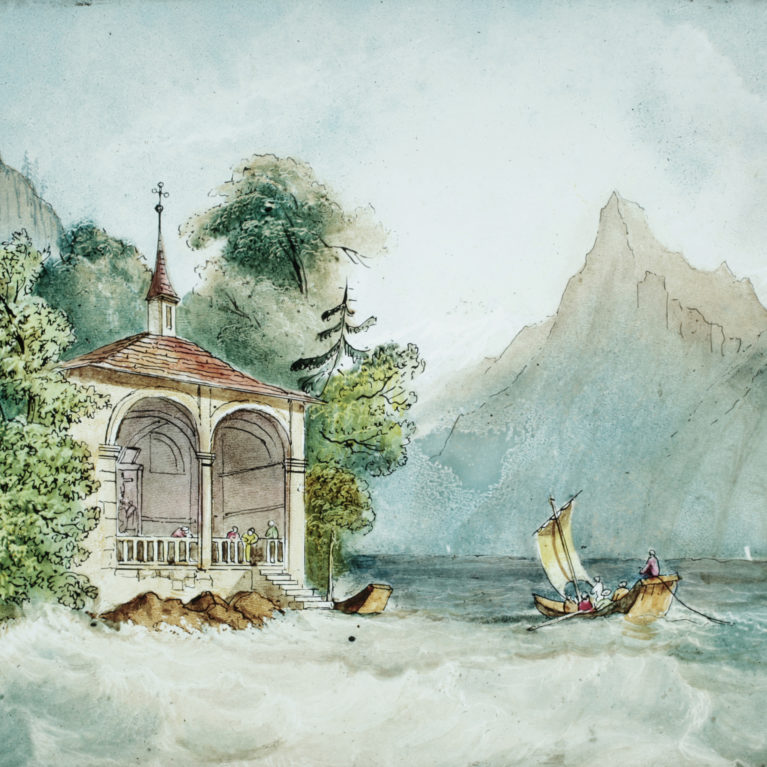 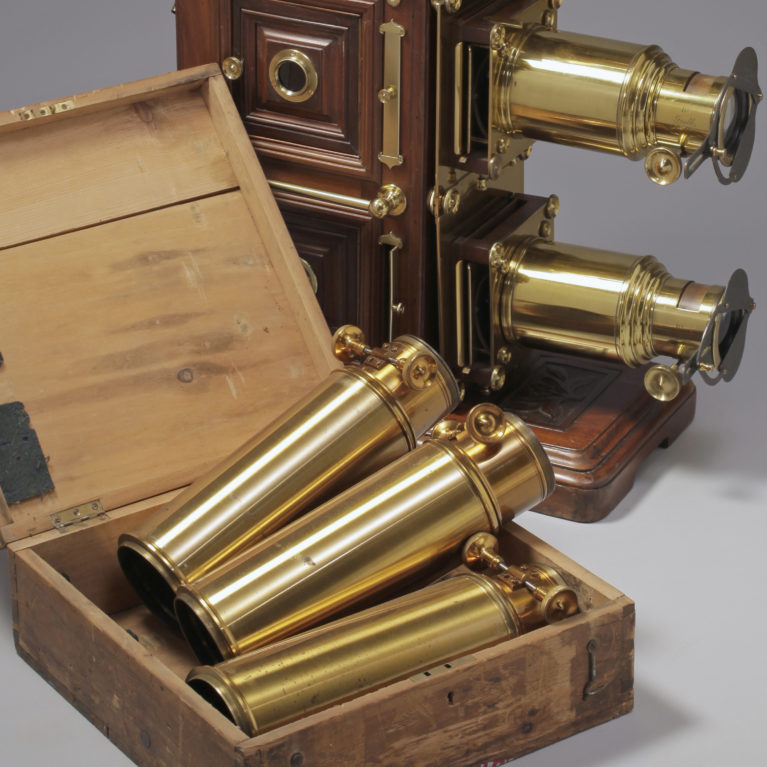 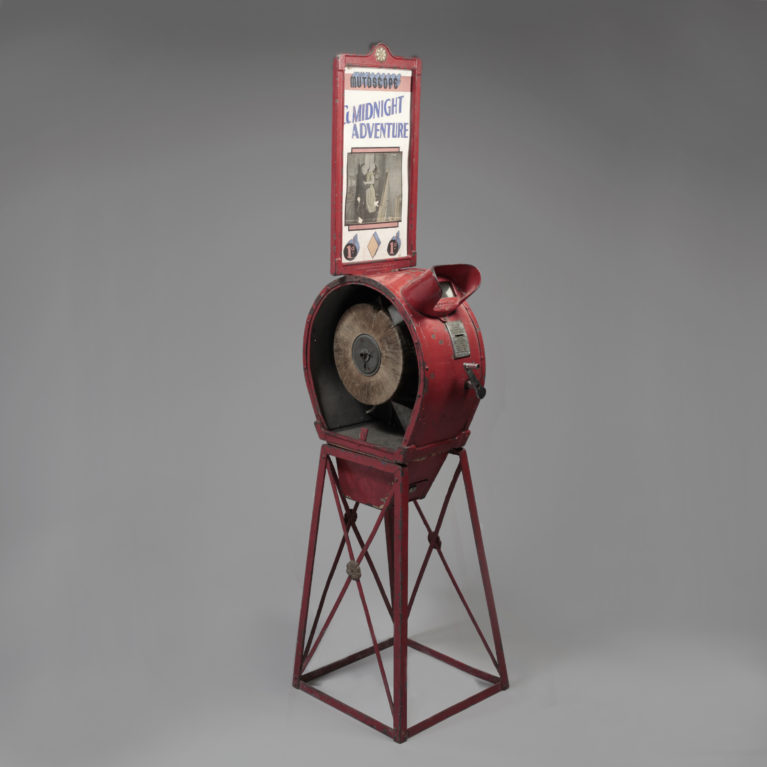 Around the Animated Image 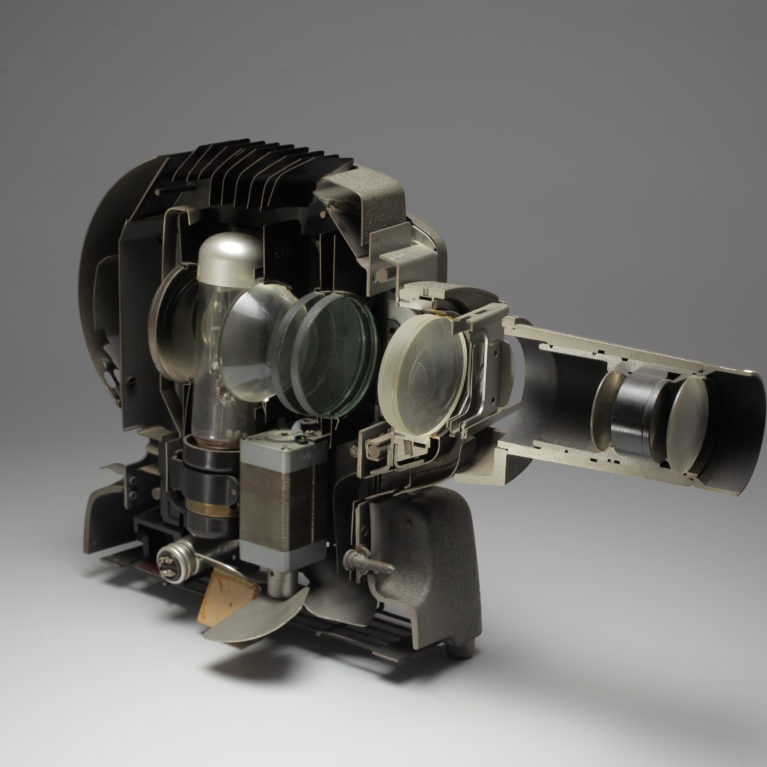