The war slowed down both the production of photography equipment in Europe and its import from the United States. The manufacture of cameras for military use grew. Photographers were on the front lines and took pictures, which the illustrated press eagerly published, and were sometimes also used for propaganda.

During the war in 1914-1918, the work of the first war photojournalists was closely monitored, even censored at times. It was only later that the profession grew in stature, and that the major magazines began publishing their work regularly. These committed photographers made Robert Capa’s phrase their own: “If your pictures aren’t good enough, you’re not close enough”.

The production of cameras for military use, which already existed, grew in scale and in refinement. Some companies had already become specialised in that area of production, and large manufacturers produced military versions of their cameras in order to meet demand. The hand cameras used for aerial photography were gradually replaced by motorized cameras using film, which were operated directly by the pilot, like the weapons.

Some companies continued their production, albeit on a reduced scale, and found it difficult to obtain supplies, like the Leitz company for instance, which ran out of focal plane shutter curtain, and used red material provided by the Nagel factory in Stuttgart which Kodak had taken over in the early 1930s. 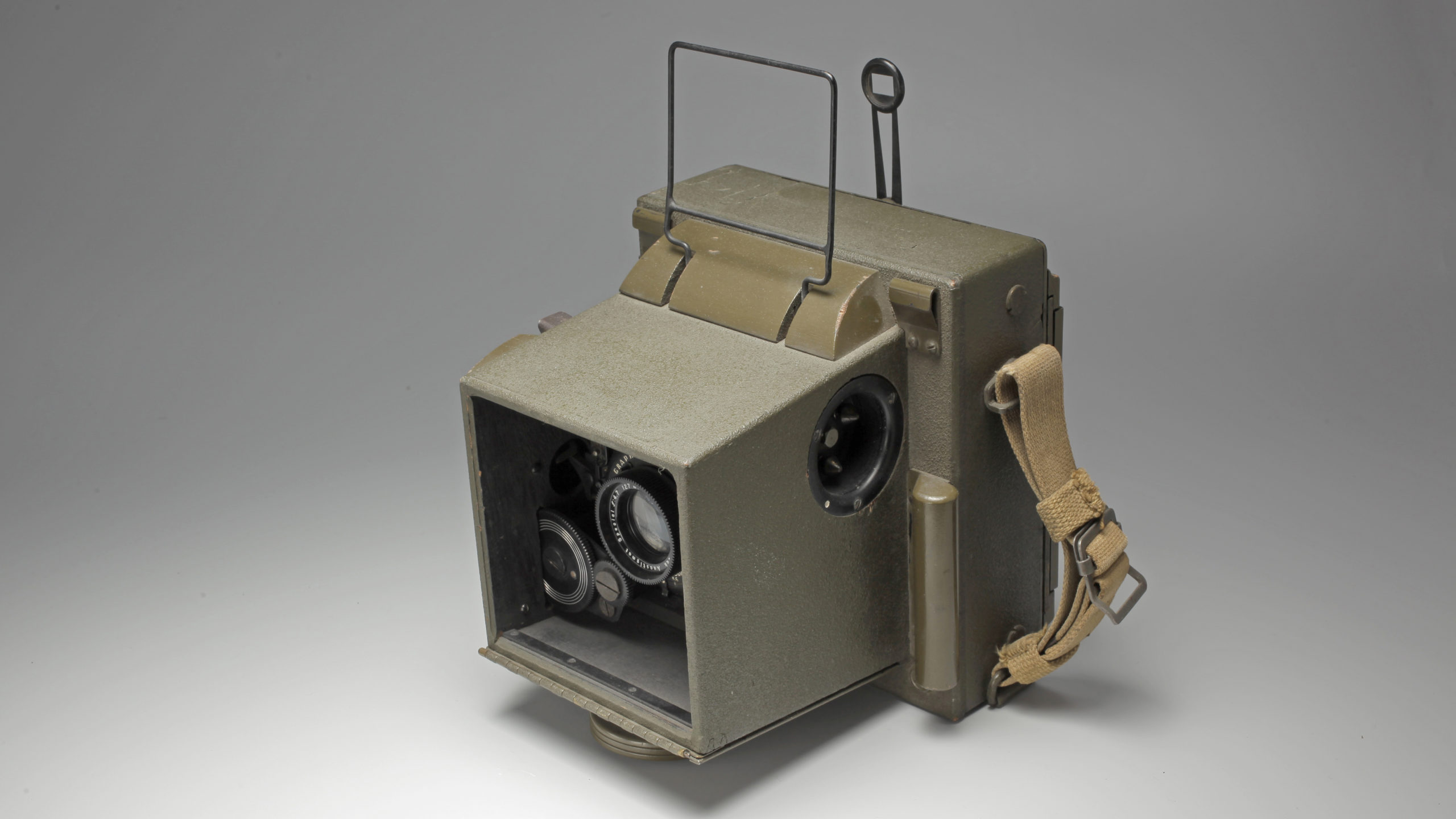 Commissioned by the US government from the Folmer Graflex Corporation who had only a few months to design and build it, this camera is an adaptation of the Anniversary Speed Graphic produced in 1940 and was sold from 1945 in a civilian version under the name Graphic 45..