“You press the button, we do the rest ”

Home    Discover    Permanent exhibition    The century of the film    “You press the button, we do the rest ”

Following the favourable reception the bobbin chassis received from the public, Eastman decided to integrate it inside a camera. He pursued his research in this direction and in 1888 created the Kodak Original, a camera that was to really popularize photography.

It was for this launch that Eastman devised the name of Kodak, easy to pronounce in all languages. This camera, so easy to use, brought photography within everybody’s reach, despite its price of 25 dollars, which was high for the times. The most revolutionary item proposed by Eastman was a development and printing service process. Once the film was exposed, the user sent his camera to the factory and got it back a few days later fully reloaded. It came back with the developed film and the negatives mounted on cardboard. Thus, the user did not have to worry about these delicate processes any more. Eastman adapted his slogan accordingly: “You press the button, we do the rest”.

From 1889, Eastman replaced his film’s base paper with celluloid, a transparent material. Although he was the first to commercialize it, Eastman was however not the first to invent celluloid film: a minister, Hannibal Goodwin, had taken out a patent for this two years earlier, but it had taken a long time to be delivered.

Eastman’s work made a decisive impact on the history of photography, anticipating the popular success it was to encounter today. 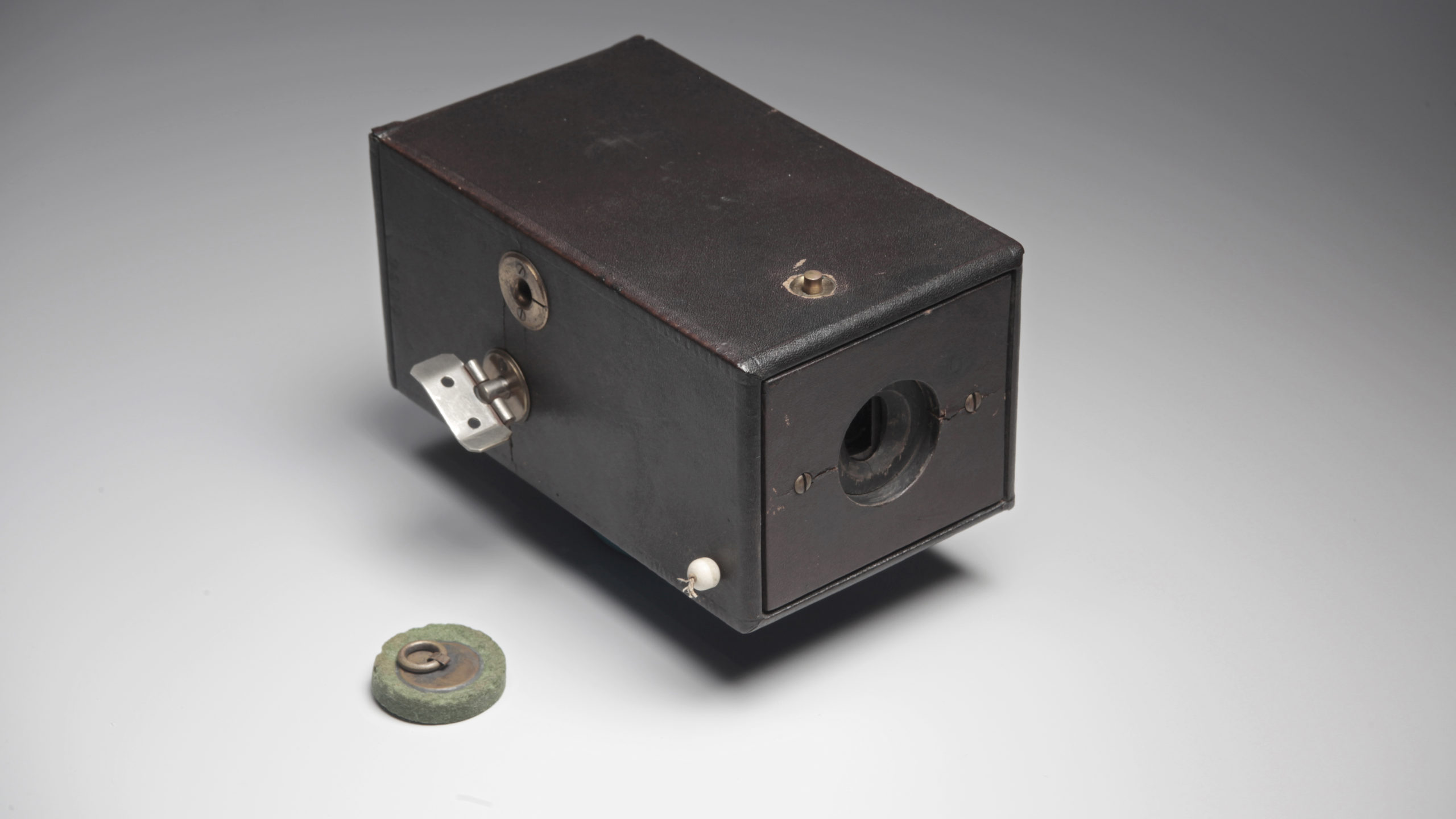