On 28 November 1964, NASA placed its probe, Mariner 4, in orbit around Mars. Its video camera was programmed to take around twenty pictures on 15 July 1965. The Earth being at a distance of 216 million kilometres, the scientists opted for a digitalised transmission of these photographs. The camera’s video signal recorded on a magnetic tape was therefore converted into binary code, generating a file of 40,000 dots.

The radio transmission of the first page from Mars lasted over eight hours (and that of the whole 22 pictures a good ten days!). It was composed of 200 columns each with 200 points, coded on 64 shades of grey. During the progressive arrival of the data, as the engineers were extremely impatient to see the result, they stuck small pieces of paper onto a board, coloured according to the numerical value received for each dot of the picture. Confronted with the apparition of this exceptional photography, were they aware they were drawing history’s first “pixels”? 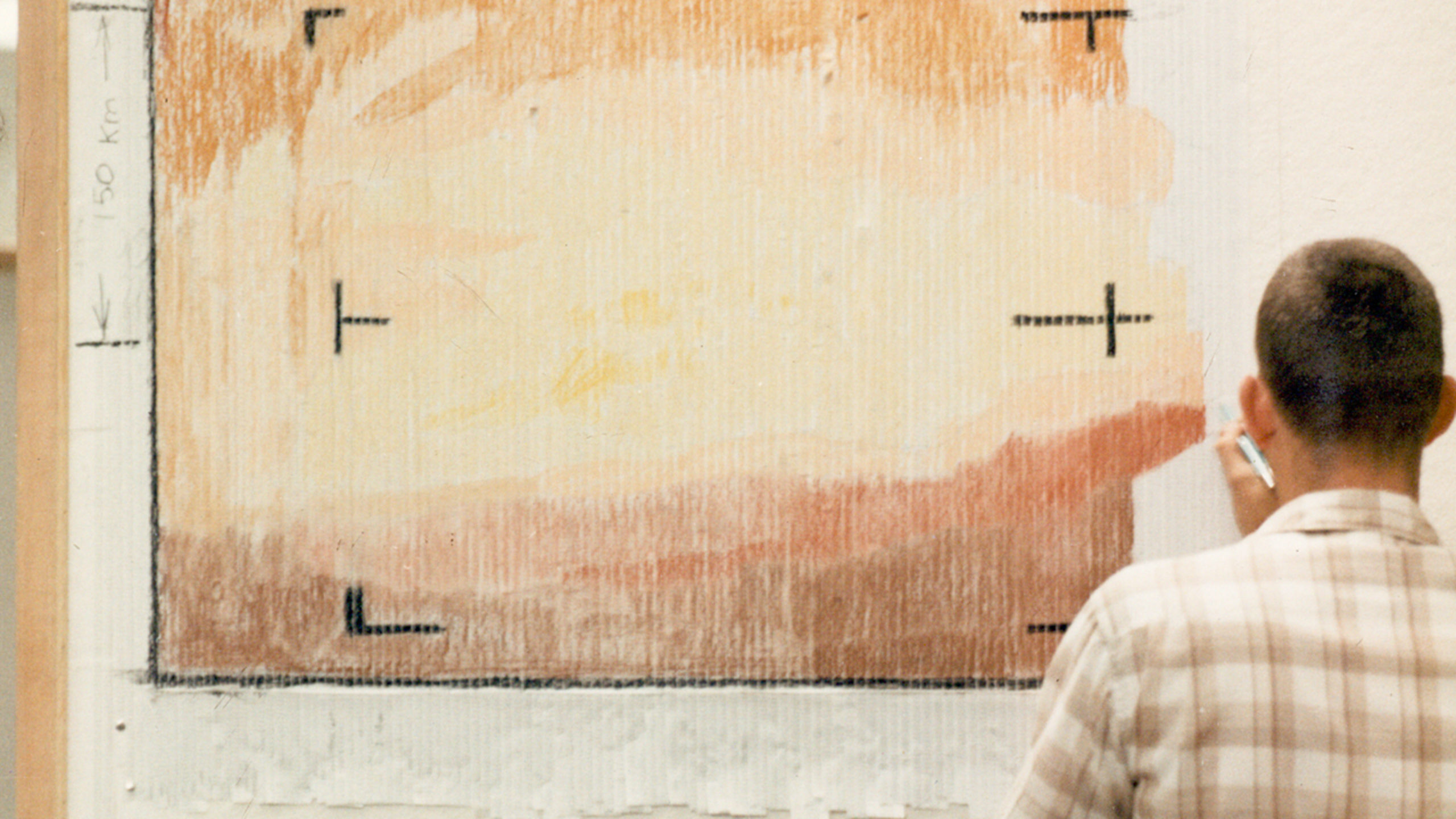