In September 1981, Sony launched the first camera where the recording onto a magnetic disc of a still analogue video image replaced the film. The same year, Sony introduced the famous 3.5-inch floppy disc.

Computer-assisted publication developed with the arrival of personal computers and the use of home video became generally accepted.

A new relationship between photography and video emerged, with equipment enabling the conversion of photographs to video for viewing on a television screen, and even the production slideshows on video cassettes. 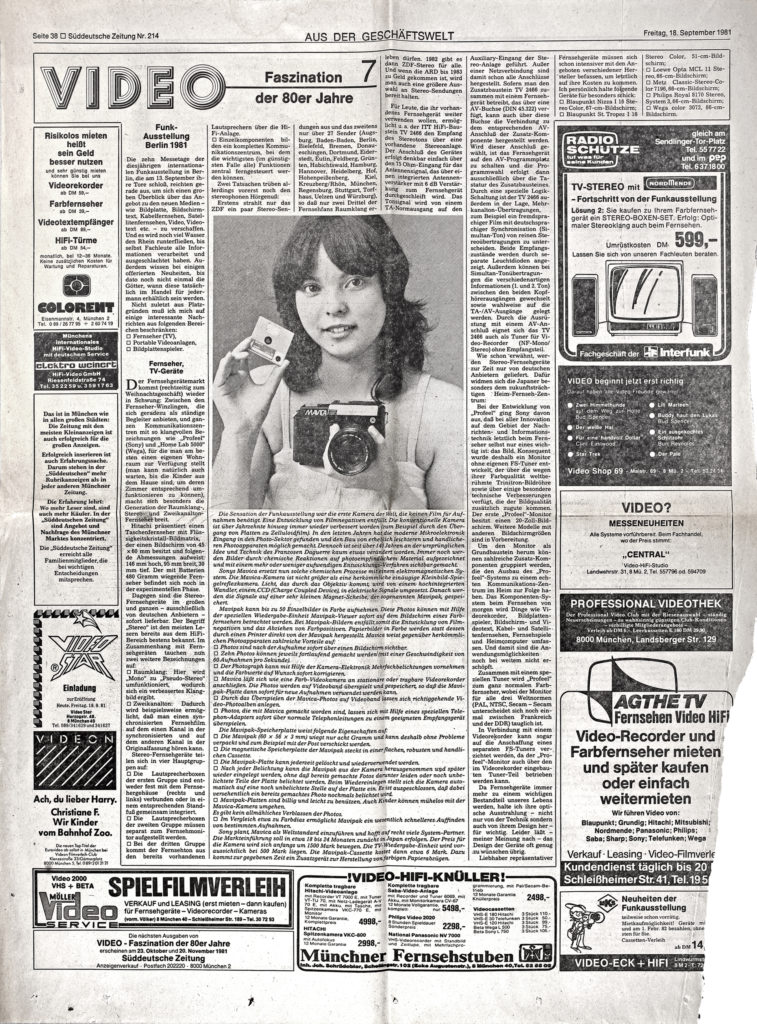 Article in the Süddeutsche Zeitung Nr. 214 of September 18, 1981: the sensation of the Berlin Funkausstellung announced as the first camera in the world that no longer uses film, but a CCD, the Sony Mavica, whose images are stored on a floppy disk, the Mavipak, and can be immediately viewed using a viewer and a TV screen. Sony announced at the time that it wanted to introduce a new standard, and planned to market the device within two years, at a price of around 1500 Marks…