1984 Digital transmission at the Olympic Games

The idea of using electricity for the reproduction and transmission of a picture was already in the air from the middle of the XIX century. At the beginning of the 1890s, the electro-signature of Amstutz was launched. The French journal, L’Illustration, of 9 February 1907, reported a conference held by Professor Korn on the transmission of photographs by telephone on the Paris-Lyon-Paris circuit (1024km). On the basis of this procedure, Frenchman Edouard Belin devised the belinograph, a photographic transmitter using the telephone and telegraph networks.

In 1984, various transmission trials of digital pictures were conducted during the Olympic Games of Los Angeles, among others by Hasselbad, who set up an effective system for this event, which created quite a stir in media circles. In 1988, this system culminated with the Dixel 2000 in collaboration with AFP (Agence France Presse).

The invention of the WorldWideWeb (internet) in 1990 by Tim Berners-Lee, a computer analyst at CERN near Geneva, revolutionised data transmission methods, of all kinds, and completely transformed the working habits of the press agencies. 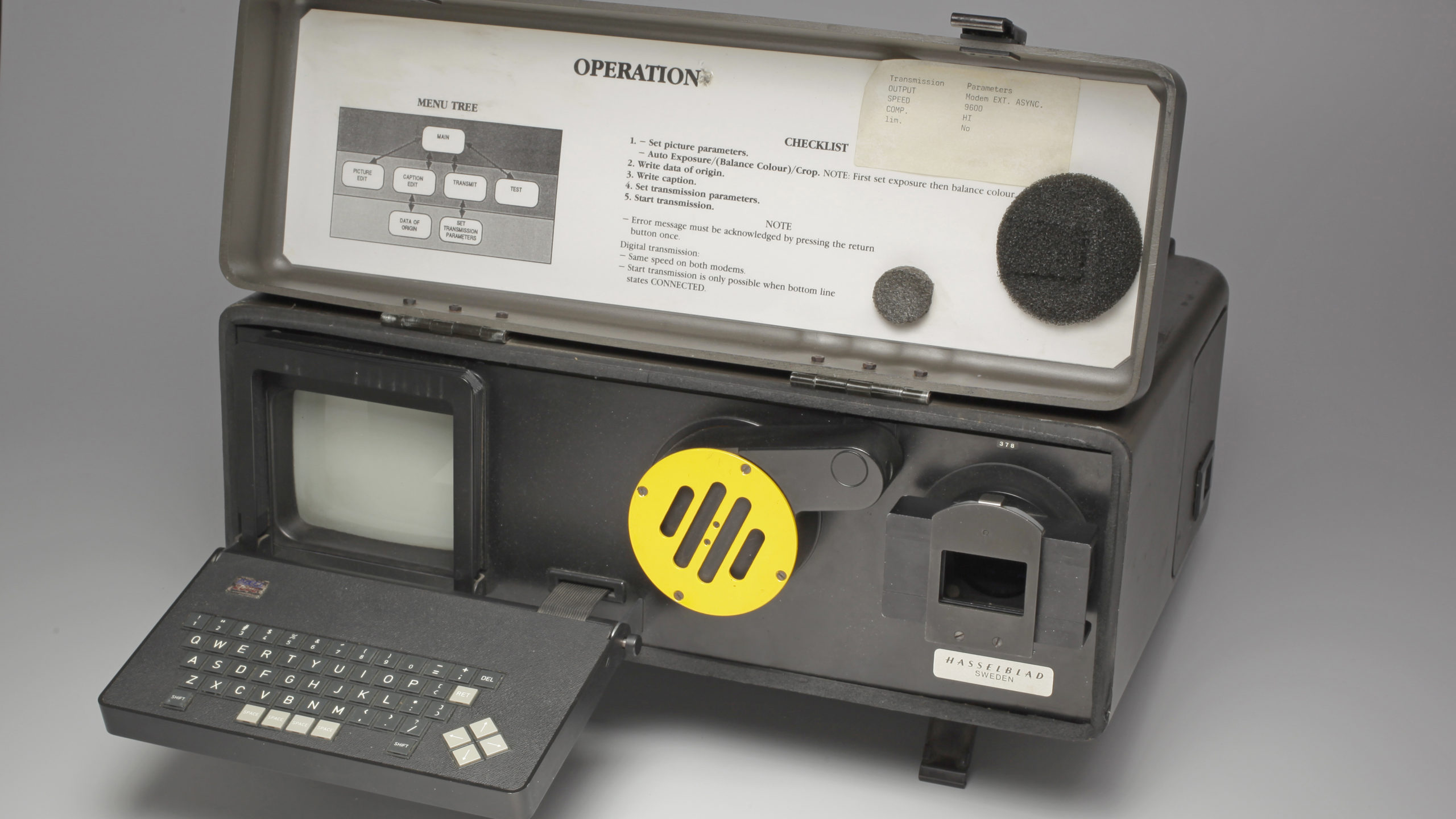