The limited capacity of the first digital sensors did not produce pictures of as high a quality as that of traditional photography. On the other hand, if a row of photo sensors were placed on a module sweeping the image from one side to the other, this considerably increases the number of recorded dots and the definition of the picture became completely acceptable.

This is the principle of the scanner invented by Russel A. Kirsch in 1957, which used photo-electric cells. The first scanners were used in printing, screening and the selection of photograph colours. In 1987, Barney Scan came out with a scanner for 35mm slides compatible with Macintosh.

The earliest digital cameras in use for professional photography were actually classic large format chambers, such as Sinar, where one inserted, before shooting, a back scanner connected to a computer. Other manufacturers offered machines with integrated scanners, which met with little success.

However, the sweep of the scanner bar took quite a time, making instant photography impossible. In addition, the machines were cumbersome and couldn’t be taken out of the studio. To meet the expectations of their customers, who were asking for more and more digital photos, photographers used a hybrid method, photographing on film, which they later scanned and processed digitally. 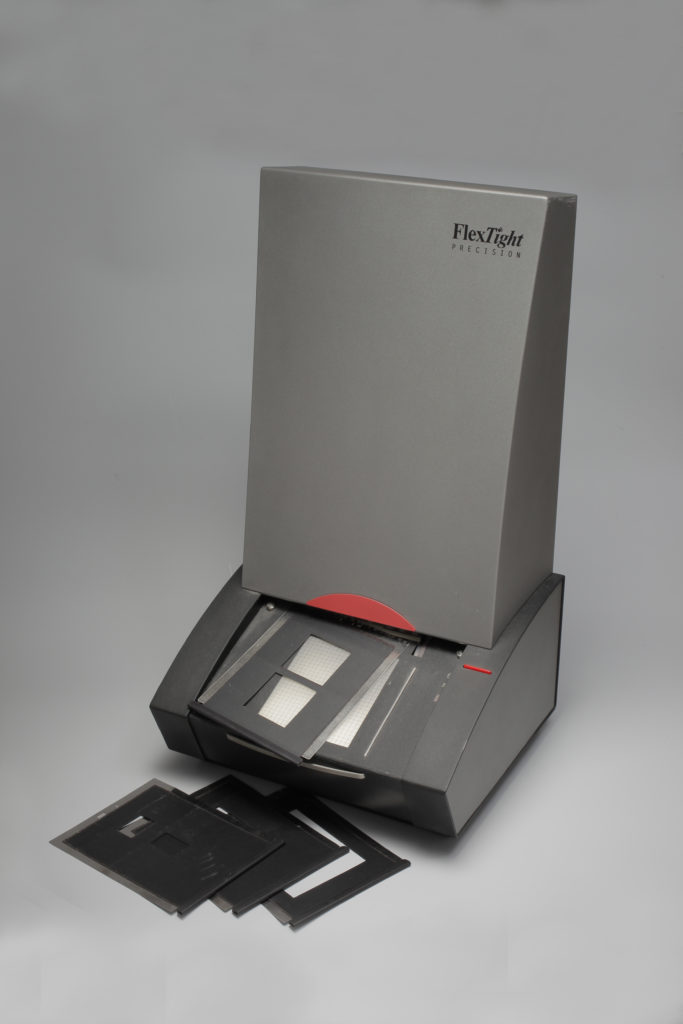 Professional scanner for 35mm film up to 4×5 inches (negative and positive). The vertical design of the mechanism makes it possible to work without the use of mirrors, with the lighting and CCD strip fixed while the film holder moves. The results are highly accurate. Imacon ColorFlex software is included with the scanner.