In 1979, Philips and Sony, with the collaboration of Hitachi, perfected the sound CD (Compact Disc), whose commercial production began in August 1982.

The compact disc has a reflective surface with many cavities. These are “read” by a laser beam and produce binary variations, and so digital, which are transmitted to a sensor. In 1985, the CD ROM came onto the market, designed to be read by a computer.

In 1992, Kodak launched the photo CD for storing digitised photographs. This system accessible to everybody, private individuals and professionals, the first “bridge” between analogue and digital, enabled the storing of around a hundred analogue pictures scanned with high resolution. It was thereafter possible to introduce these photos into a computer to process them – Photoshop came out in 1990 – view them and store them.

Most of the big laboratories offered this service to their customers. They were equipped with a KODAK PCD Imaging Workstation (PIW) system, comprising a film scanner, data processor, colour monitor, CD recorder, a thermic printer for the indices and suitable software. It was also from this moment that the commercial printing of “family photo” films became digital without the user necessarily knowing. 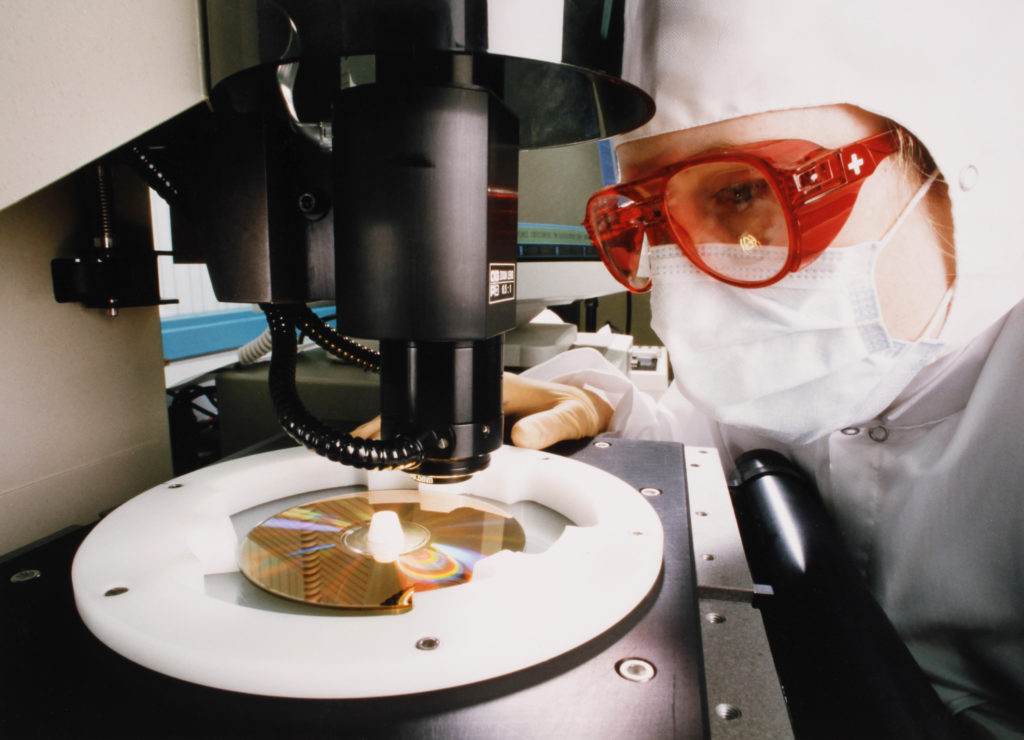 A Kodak technician inspects the surface of a photo CD with a microscope (Don Cochran, 1993).