As long as there are films

The digital revolution has brought about the disappearance of some huge companies, producers of world-famous films, whose brands are sinking gradually into oblivion.

The conversion to digital projection in the cinemas and the progressive abandonment of the use of film in the medical x-ray field have further accentuated the fall in film consumption, whose break-even point has often been threatened, causing numerous closures, such as that of the famous Kodachrome.

The attachment of certain photographers to the very particular performance of the large format machines remains very strong. For others, this approach leads them not only to use very large format machines, up to 50 x 60cm, but also to produce their own negative plates on glass, or their own paper negatives, just like in the 19th century.

Contrary to this search for “hyper quality”, many photographers do not see themselves as part of a kind of “over-synthetic perfection” of the digital image, and so continue using basic cameras that are even known for their bad quality.

Many applications for smartphones and i-phones are creating of “old photos” or even reproducing images in the style of the Polaroid and other Instamatics….Apart from what can be considered as a form of nostalgia, photographers are taking over these new tools and creating some remarkable images, like the reporter Damond Winter, voted “Photographer of the Year” in 2010 for his work in Afghanistan.

Thanks to “Mission Impossible”, films are once again available for our good old Polaroid cameras, but the output of these new films can prove to be unreliable and difficult to master.

Thanks to “Polaroid Originals (“Impossible project” until September 2017), film is once again available for our good old Polaroid cameras, but the rendering of these new films can be random and complex to master. 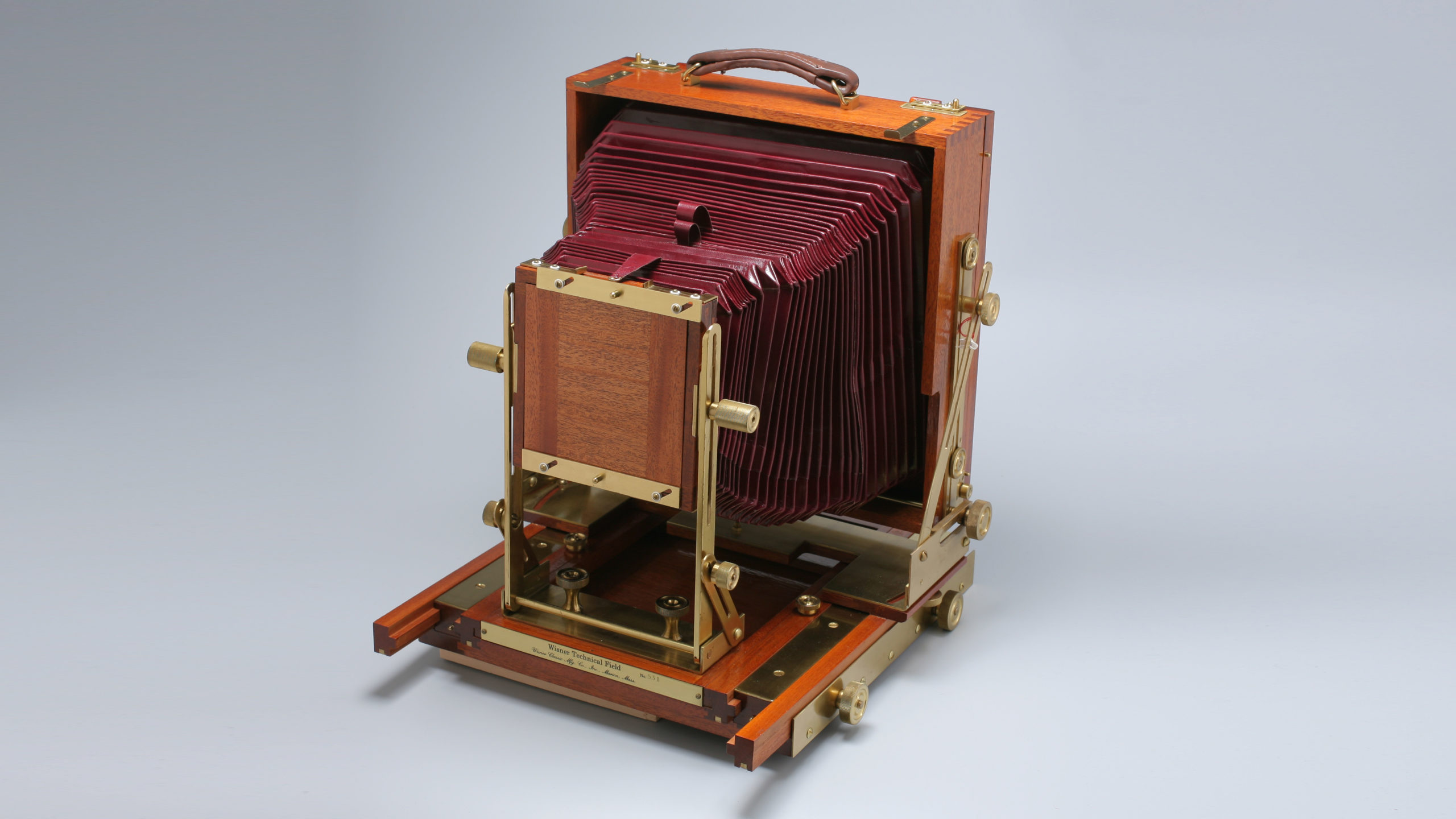 Based in Massachusetts, Wisner ceased operations in 2005, but other manufacturers continue to produce wooden travel chambers that are lighter than metal constructions. A favourite tool of “ULTRA LARGE FORMAT PHOTOGRAPHY” enthusiasts, this type of camera is available in sizes up to 20×24 inches (50×60 cm).