1839: the Invention of Daguerre Unveiled to the world

Home    Discover    Permanent exhibition    The origins of photography    1839: the Invention of Daguerre Unveiled to the world

Louis-Jacques-Mandé Daguerre, born in 1787 at Cormeilles-en-Parisis, arrived in Paris in 1804 and underwent an education as a theatre stage designer. In 1822, together with the artist Bouton, he set up the “Diorama” in a building, where the large canvasses painted on both sides with different subjects changed their appearance, depending on whether they were illuminated from the front or behind.

In his work, Daguerre used the camera obscura a lot and frequently went to Chevalier the opticians, where he heard about Niépce, with whom he started to work.

In parallel with their joint research, Daguerre discovered that silver iodide changes quickly in the light. He placed a plate coated with silver in a box containing iodine crystals, whose vapours formed silver iodide on the plate’s surface. After its exposure in the camera, the picture, still not yet visible on the plate, was revealed by the vapours given off by the mercury, heated to a certain temperature. On the 19th of August 1839, this process was presented by Arago to the combined Academies of Fine Arts and Sciences. 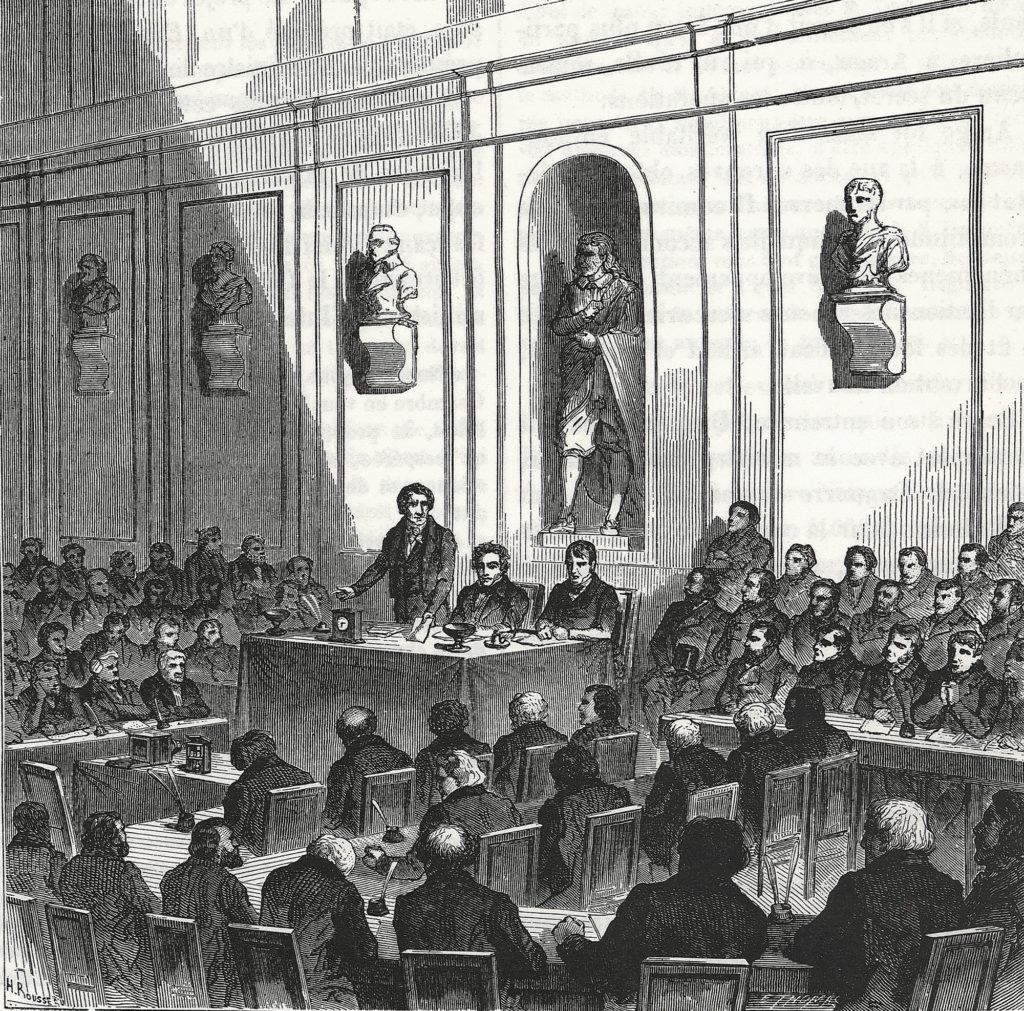