Effects of light and shadow

From the simple toy to the public showing, there is a whole range of articles and equipment, which have been created down the centuries, to highlight the picture and give it a particular rendering or even make it move.

The idea of animating shadows with the aid of connected objects is also old and was quickly used in portrayals often of a religious character and then of a more widely popular nature. It came from China or India. Some very beautiful marionettes made of leather and embellished with bright colours and openwork motifs come from China, Java, Bali, or Turkey… The shadow theatre tradition is always very popular in Asia.

This theatre form was probably imported into Europe at the time of more frequent exchanges with the Orient during the XVIIth century. In the XIXth century, the fashion also favoured toy shadow theatres. A cardboard box decorated with lithographs became a little theatre in which one could parade various cut-out decors and characters against an illuminated background. 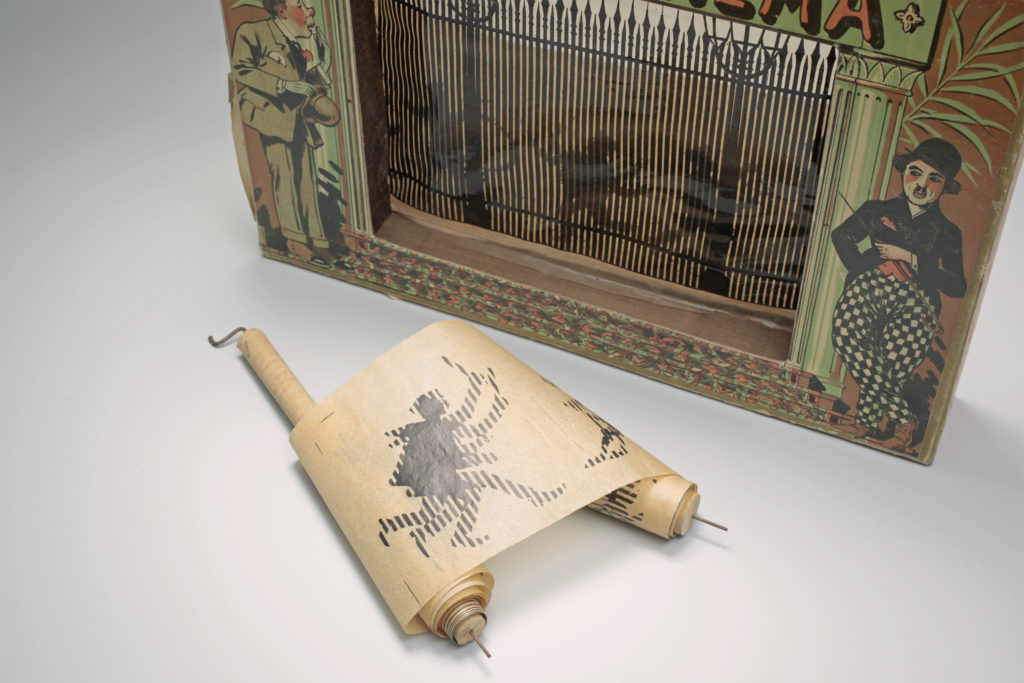 Theatre of animated shadows: various subjects drawn on a strip of tracing paper are scrolled through, the play of wefts accentuates the effect of movement, late 19th century.