Vincent Chevalier, his son Charles and then his grandson Arthur, opticians in Paris, were selling amongst other things in their boutique different variations of the camera obscura and counted among their regular customers Louis-Jacques-Mandé Daguerre, a huge user of this instrument for his professional needs as a painter and theatre set designer.

On the 12th of January 1826, Colonel Niépce, the cousin of Joseph Nicéphore, went to the Chevaliers and told them about his cousin’s work. Charles Chevalier related the story to Daguerre who was to meet Niépce in September 1827. They produced a treatise together in 1829, which, despite Niépce’s death in 1833, culminated in the official announcement of the discovery of photography in 1839.

From 1840, the Chevaliers started selling cameras, optics and various items related to photography. 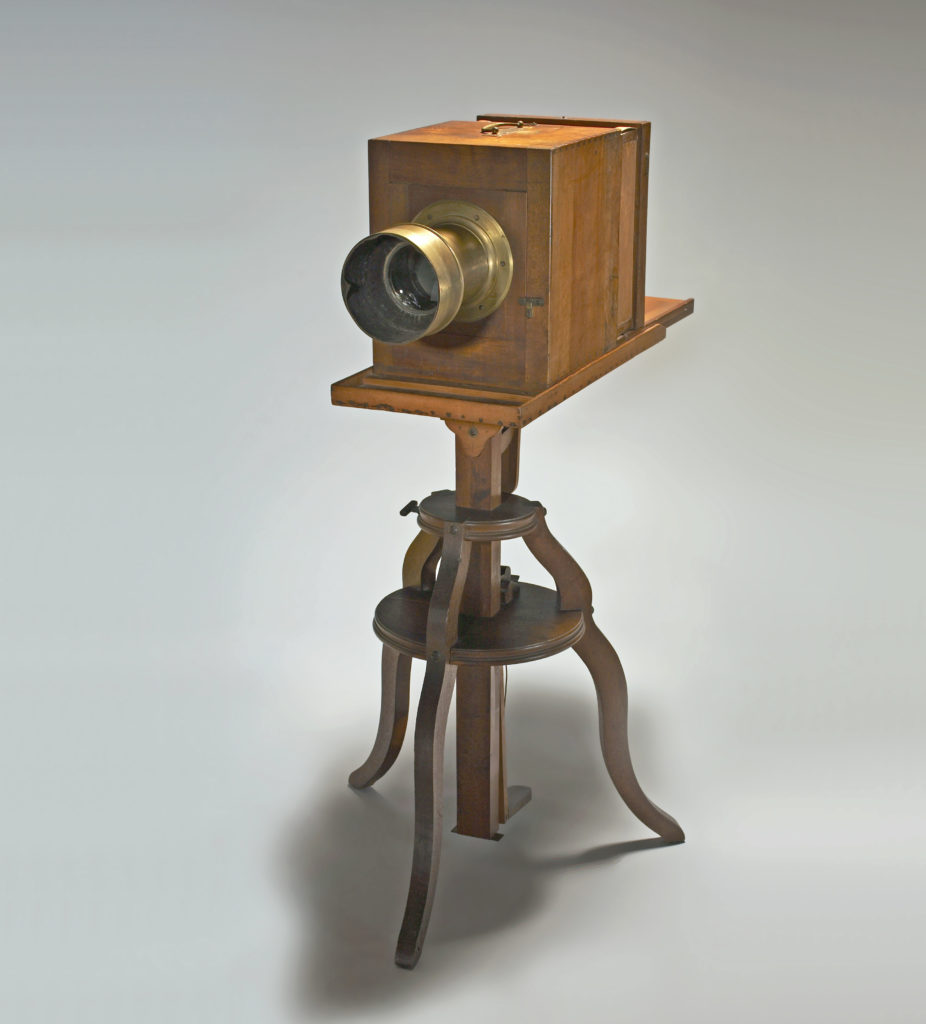 Drawer room, Arthur Chevalier, Paris, circa 1860, and its foot.