The formation of the picture of an exterior landscape through a small hole in a darkened room is a phenomenon, which was well-known before our time; Aristotle, the Greek philosopher of the IVth century BC, noticed it without being able to explain it.

It was in the XVth century that Leonardo da Vinci found a rational explanation for the phenomenon. During the XVIth and XVIIth centuries, the idea came about to replace the little hole with a lens to improve the image, and then to install a mirror to make it upright again, and use the camera obscura as a drawing instrument.
The camera obscura was a highly valued instrument in the XVIIIth century and at the beginning of the XIXth, some were permanently installed in houses built in parks, gardens and holiday locations to everybody’s greatest pleasure.
From the XVIth century, the camera obscura was considered as the ideal instrument for rendering perspective and became from that time an artist’s tool. In the XVIIIth century, travel was the fashion, and people brought home sketches and drawings made with the aid of a camera obscura. Various models, folding or compact, were available to informed enthusiasts. Manuals explaining how to use, and even make a camera obscura were published, while attempts to improve the optical system continued. 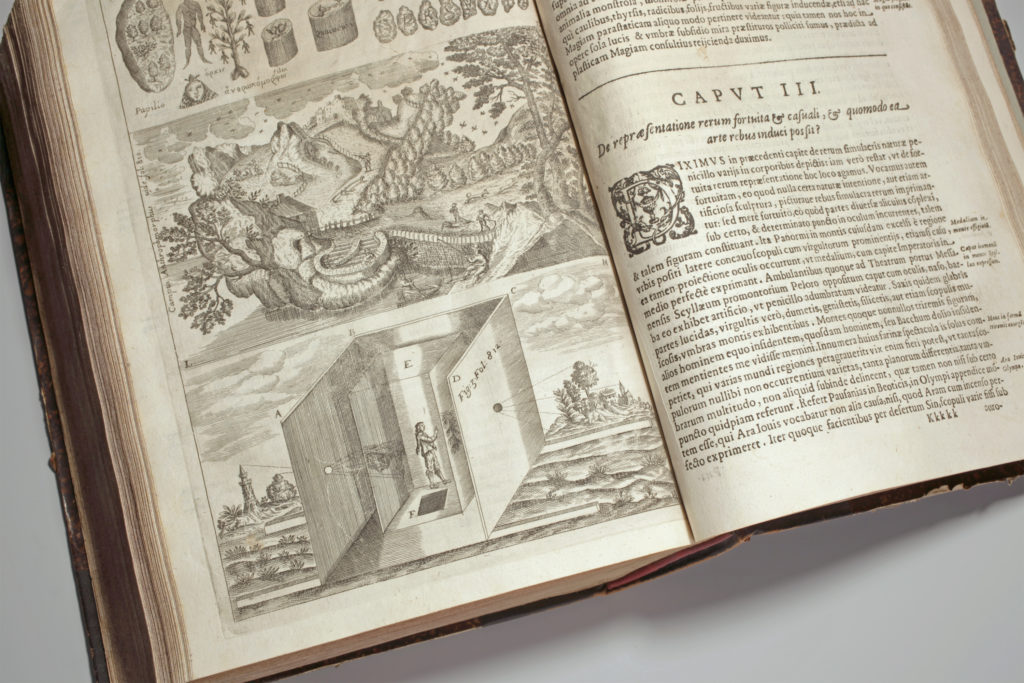