Photography and watchmaking, the central techniques of Western modernity, are both based on the fine control of time. Literally and symbolically, they put time in a box. Their proximity is such that Roland Barthes spoke of photography as a “clock to see”. The fact remains that their intimate links
have been surprisingly little considered until now.

Between the two world wars, faced with economic crises, Swiss watchmaking know-how found a diversification in the manufacture of cameras. From photography to watchmaking, there is certainly the step of optics and chemistry, but above all the common basis of precision mechanics with its cogs, springs, levers, counters, and millimetre fittings. From the Vallée de Joux to the Aargau, companies are starting to produce top-of-the-range cameras.

LeCoultre proposed the Compass (1937), a masterpiece of miniaturised technology, a feat with multiple functions. The Alpa de Pignons (1944) was a great international success in the post-war period, supported by the slogan “Swiss watchmakers camera”. The Michel pigeon camera (1937) is the forerunner of the drone camera: it allows low-level aerial shots for military reconnaissance missions. Siegrist’s Tessina (1960) is so compact that it can be worn on the wrist like a watch; it is one of the favourite devices of Cold War espionage. The photofinish was developed in the post-war period by Omega, Longines and soon Swiss Timing. More than ever relevant to sporting competitions, the photofinish turns photography into a veritable visual clock, capable of showing the stretching of time down to its most minute dimensions.

The exhibition invites you to this unprecedented exploration, accompanied by a rich publication by Editions Infolio, to be published at the end of February 2022. The publication includes case studies, thematic essays and an in-depth look at the relationship between photography and watchmaking.
The exhibition and publication are the result of a research project conducted in close partnership with the University of Lausanne. 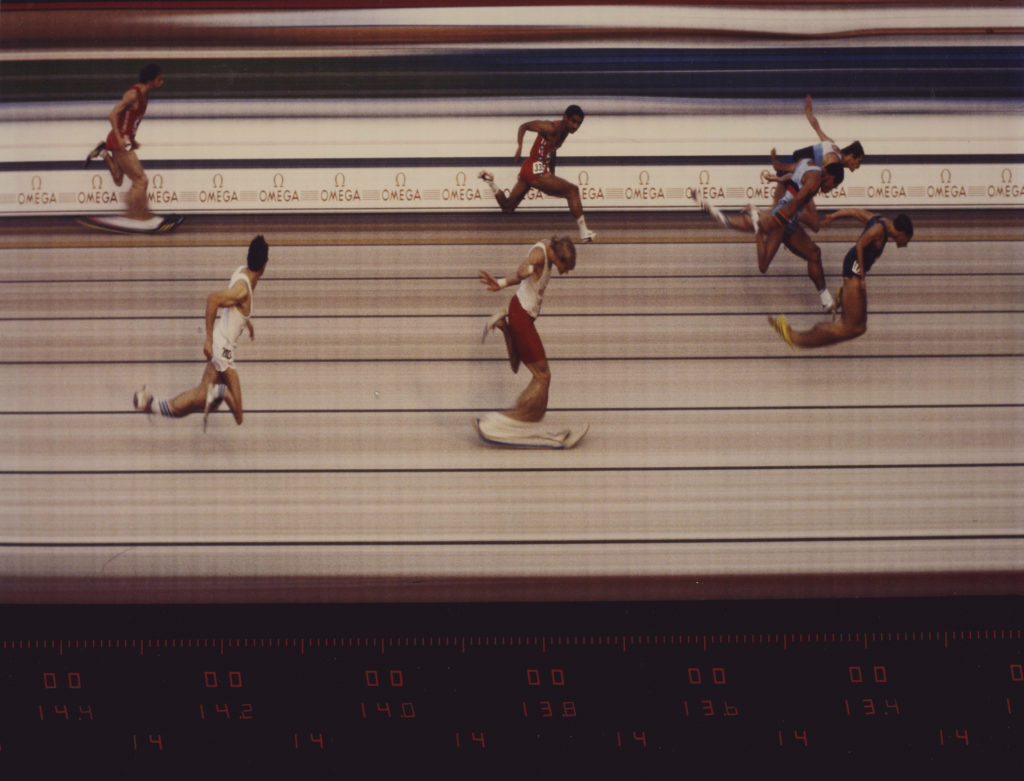