The Leica of Robert Frank and the Americans

In the life of a museum, sometimes fate delivers a pleasant surprise….

During the preview of the Peter Olpe exhibition in 2012, he introduced us to one of his longstanding friends, Dadi Wirz, who wanted to offer a gift to the museum: a Leica with which Robert Frank took the photographs illustrating his famous work: “The Americans”.

After his studies at the Academy of Art and Design in Basle, Dadi Wirz went to teach copper plating in the United States for some fifteen years and also to make a film about his ethnologist father, who lived in Papua New Guinea, where he died. In 1955, he organised a tour to present his film, which is how he came to meet Robert Frank at an ethnological museum in New York… At the beginning of the 1960s, Robert Frank made him the gift of this camera “for his next photos in Papua New Guinea”.

Born in 1924, Robert Frank spent his youth in Switzerland and being interested in Photography from a very early age, made it his profession. After a first visit to Peru in 1948, he spent several years travelling extensively throughout Europe and the United States, where he established himself as an observer of American society. In 1953, he received a grant from the Guggenheim Foundation to undertake a visual documentation of the American civilisation, equipped himself with a Leica and went all around the United States from April 1955 until June 1956. The resultant book entitled “The Americans” was published by Robert Delpire in 1958 and was followed by an American edition in 1959, with a preface by Jack Kerouac. 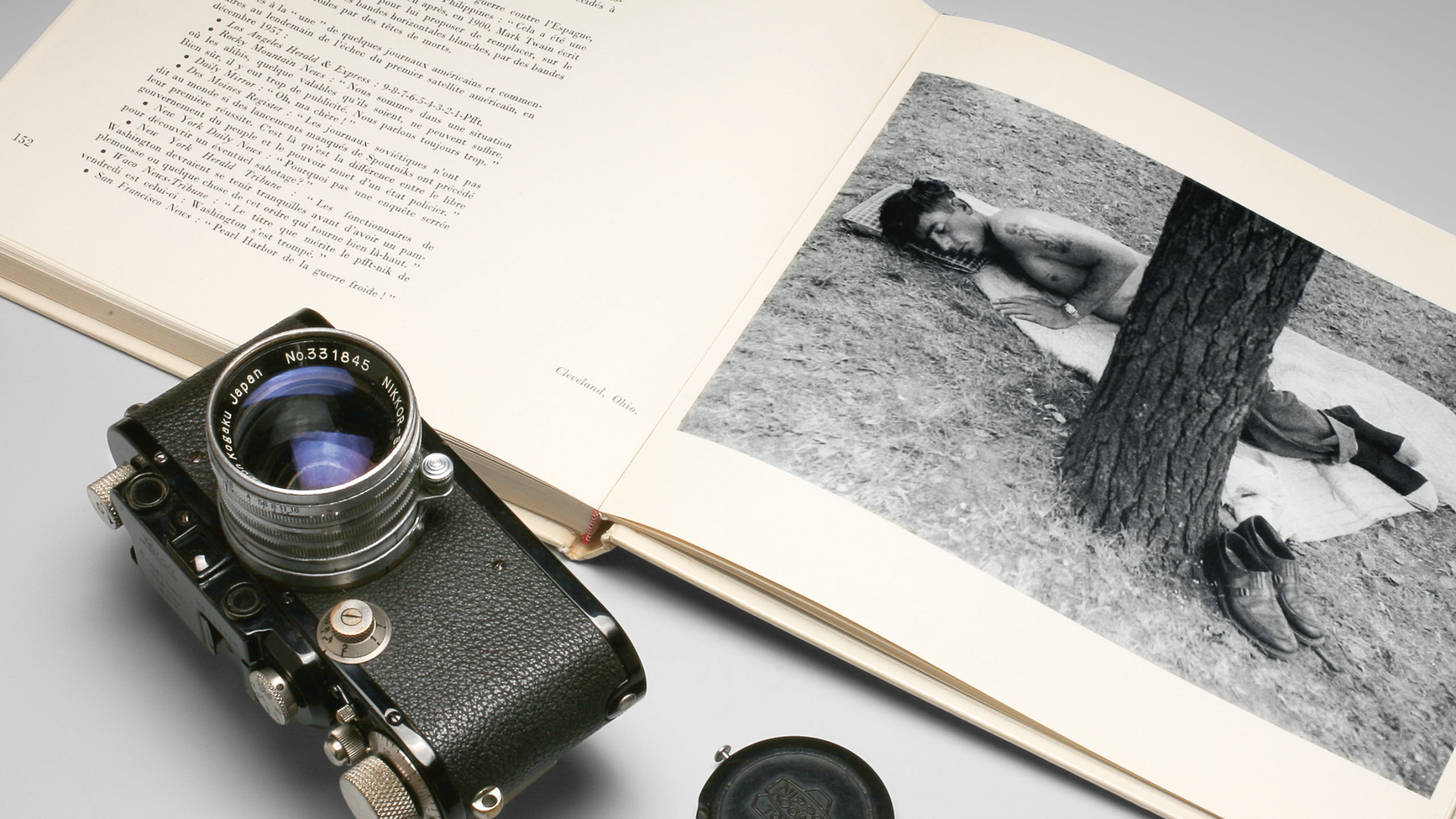