In 1986, the first still video machines appeared on the market aimed at professionals, such as the Canon RC 701, or the prototype of the reflex Nikon SCV, fitted with a CCD sensor with a capacity of 300,000 pixels, or a new Mavica from Sony.

These “still video pictures” were recorded on a magnetic tape or little discs. They were analogue just like the equipment receiving them. They could be viewed on a television screen thanks to a video player, printed via the help of a video printer, or recorded on a video recorder and of course transmitted in the same way as television pictures with a proven technique. 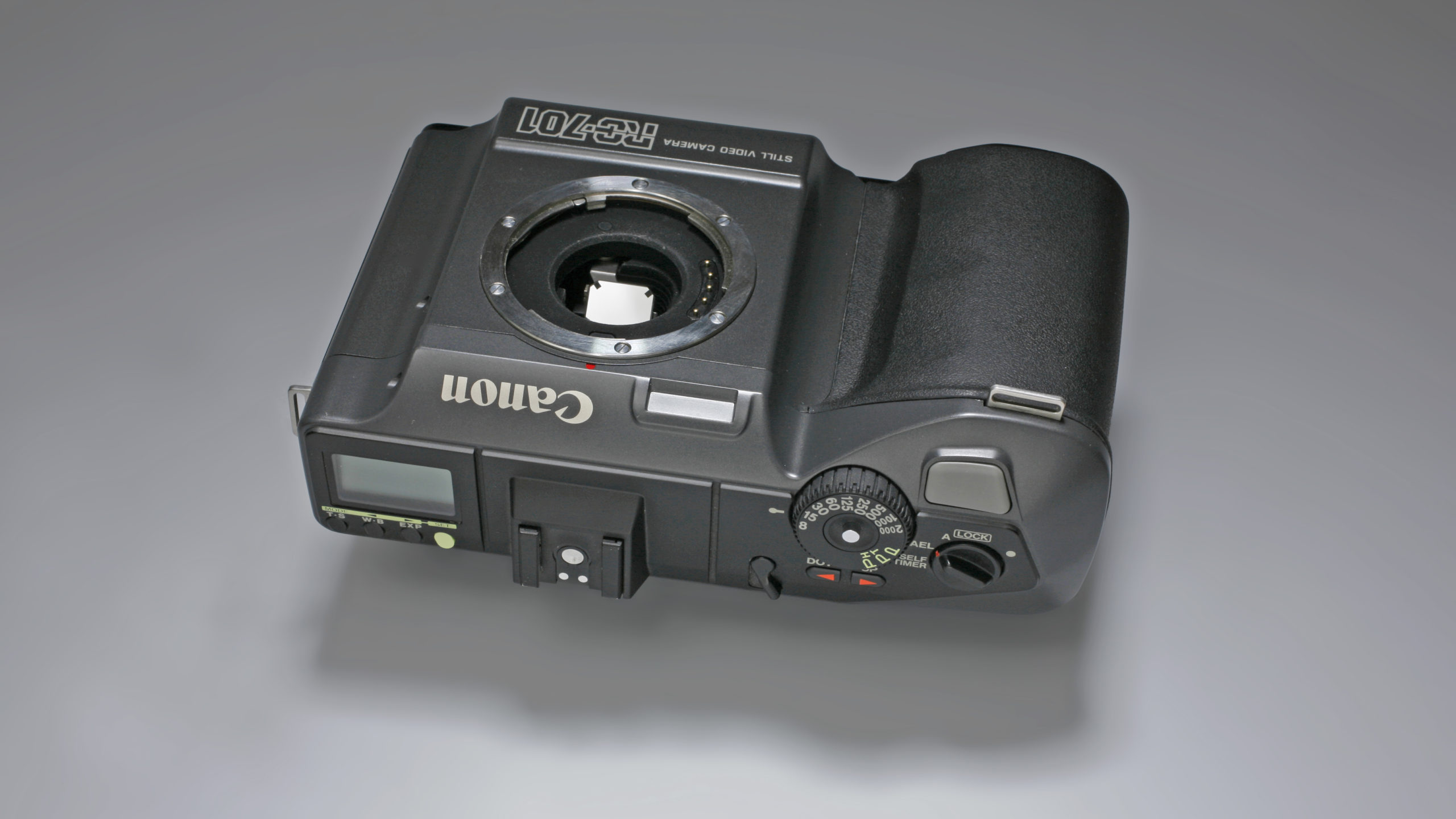