Eikonix and the beginning of digital camera work

In 1982, Eikonix Corporation marketed the first digital filming instrument that was able to record a picture scanned by a module with 3000 CCD photoreceptors, which moved over 4000 lines across a surface of 24x36mm inside the camera itself. Each sensor provided a signal equivalent to the light intensity at that particular point. This signal was then converted into a digital value and this matrix or collection of values became a picture. At the beginning, the picture was in black and white or shades of grey as we say nowadays, then by adding three filters, red, green and blue, and by combining all three pictures, the first digital colour films were obtained.

This particularly heavy equipment was most frequently used in scientific laboratories. Industrial Light and Magic, an American special cinema effects company, founded by the creator of “Star Wars”, George Lucas, was to use this apparatus to digitalise, frame by frame, his first films. In Switzerland, the company Logimage was to integrate it into its image processing software.

In 1985, Eikonix Cororation was taken over by Eastman Kodak for 56.5 million dollars. 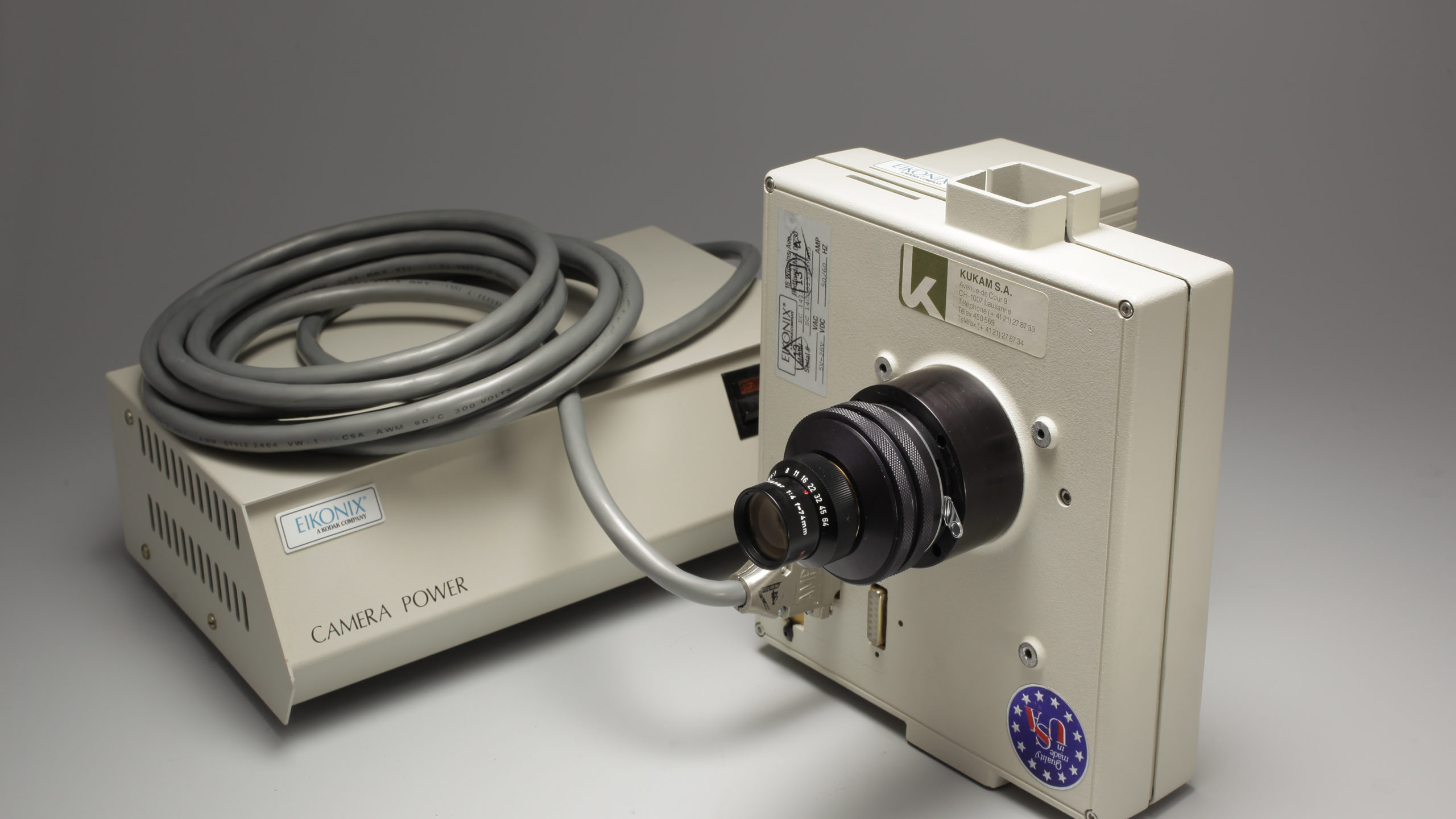