With the new millennium, at last digital reflex cameras offered adequate definition for the photographic press. The image could be immediately transmitted without needing to develop the film and then scan the photographs. However, photographers remained prudent and ensured their work by also using conventional equipment. But once back in the laboratory, pushed for time, they transmitted their digital pictures directly, and little by little they gave up developing their films….and soon conventional cameras were no longer being used.

It was not until 2004that the first digital reflex cameras appeared with a 24x36mm sensor similar to their shape at the time of film use. But the smaller sensors offered advantages which appealed to certain professionals, such as the reduction in the size of the telephoto lens.

Digital backs soon replaced the scanning systems and enabled instant photography, equipping both the optical bench chambers and the medium format cameras. The progression of their definition was to prove staggering, passing in less than ten years from 6 million pixels to more than 50 million for the most impressive. This was actually much more than required to meet the demands of advertising photography, for example.

Measuring about 6cm across, the sensor of a digital back enables the reduction of the optical bench chamber size and its lens. 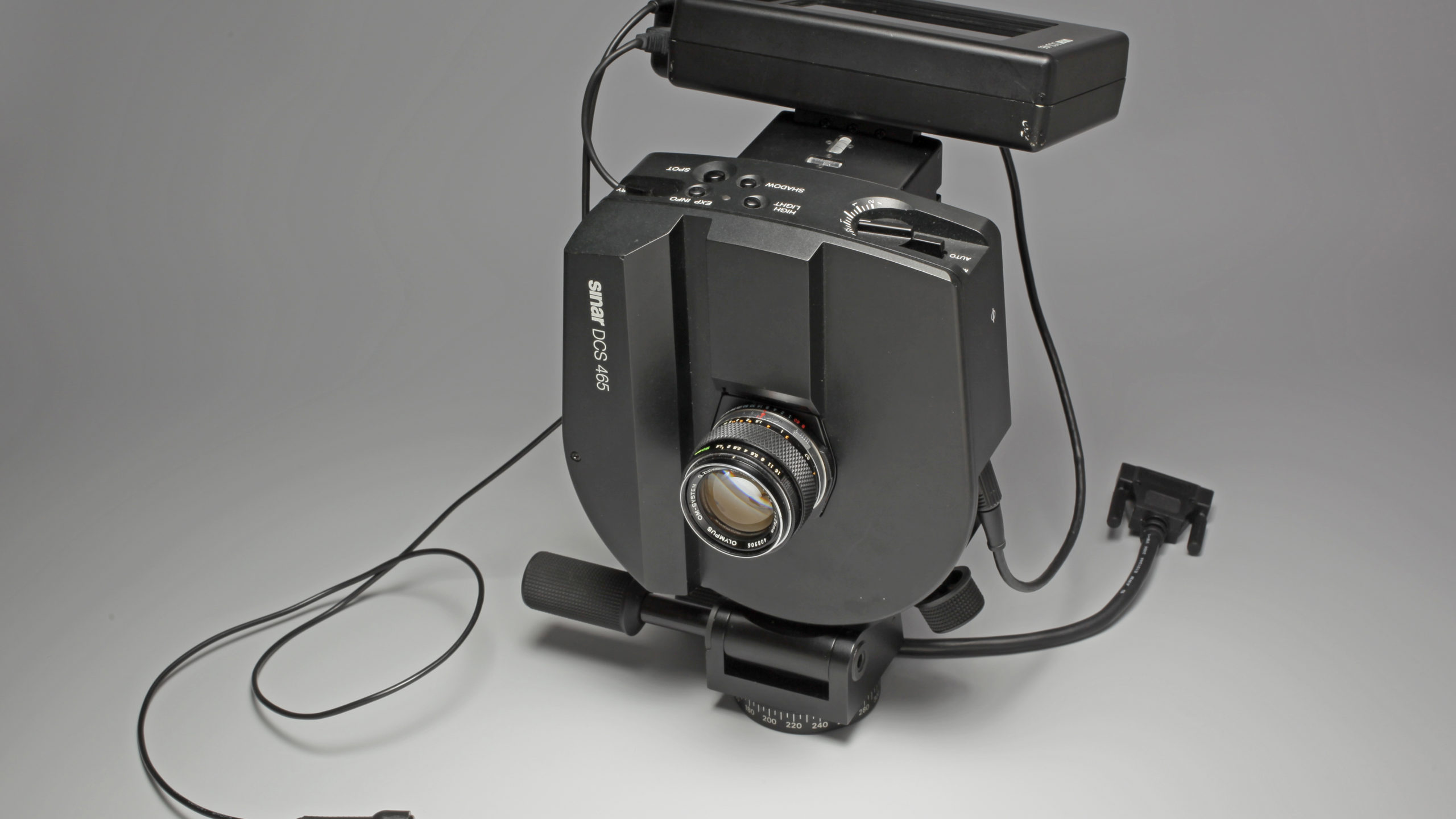