In the 1980s, various telephones fitted with a camera and screen appeared, such as the Lumaphone from the company Atari.

From the beginning of the new millennium, all mobile telephone manufacturers came into this promising market, even offering for a while mini cameras which were unfortunately based on older models. Their efficiency progressed very rapidly, moving from a few pixels to definition levels that even the most advanced digital cameras had not reached a few years earlier… panoramic function, night shooting, nothing was left out.

In 2008, 4.8 million cameras and 19 million camphones or photophones, if you still want to call them by this name, were sold in France…

Among the equipment born of the digital revolution, the photophones were those that most overturned habits in photography, which beyond its primary role of providing memories, became a simple means of communication, destined to show and exchange pictures, which are now so short-lived. 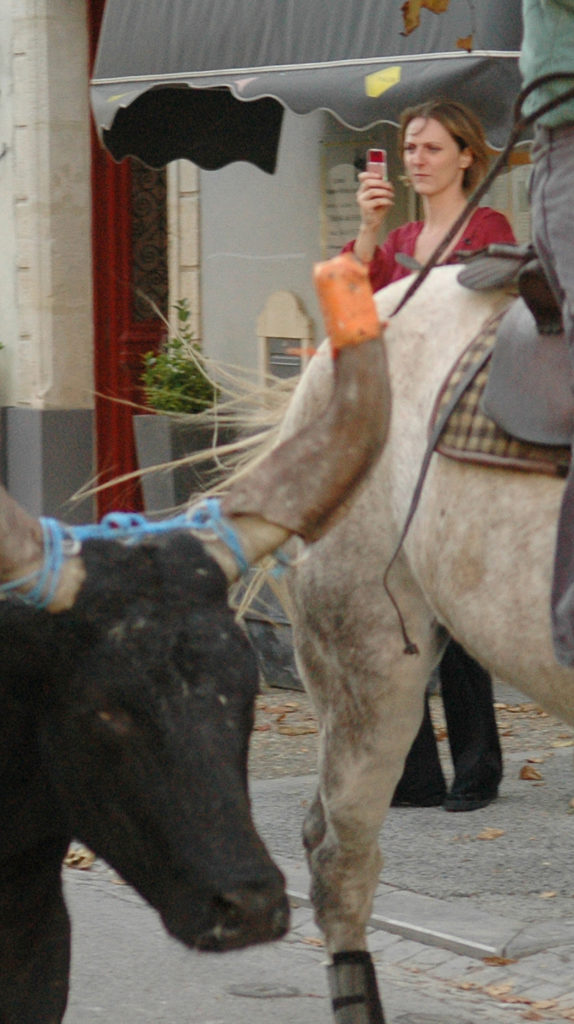 Spectator photographing a bull run with her camera in Aigues-Mortes during a bullfight, October 2008.