A digital image forms thanks to the capacity of the silicon sensor to produce an electric current when it receives light. It is not yet an image, in the same way that the data sent by the retina of our eye to our brain cannot yet be seen. Each dot of this “potential” photograph has to be coded in numbers, according to the binary system acceptable to the computer, in order to become a pixel, or the digital representation of a dot in the picture. Together, the many pixels still have to undergo a number of mathematical operations before becoming a digital photograph.

At the beginning of digital imagery, these calculations enabled the equalizing of film performance, but the digital revolution has only just begun. In the near future, digital image processing and the new optics and new sensors will certainly generate advances which are unimaginable today.

Located at the heart of the camera, the sensor has replaced film. It is made up of many micro structures deposited on a material with a particular electric behaviour, called a semi-conductor, in this case, silicon. The object manufactured is called a “wafer”, like the thin biscuit in baking. 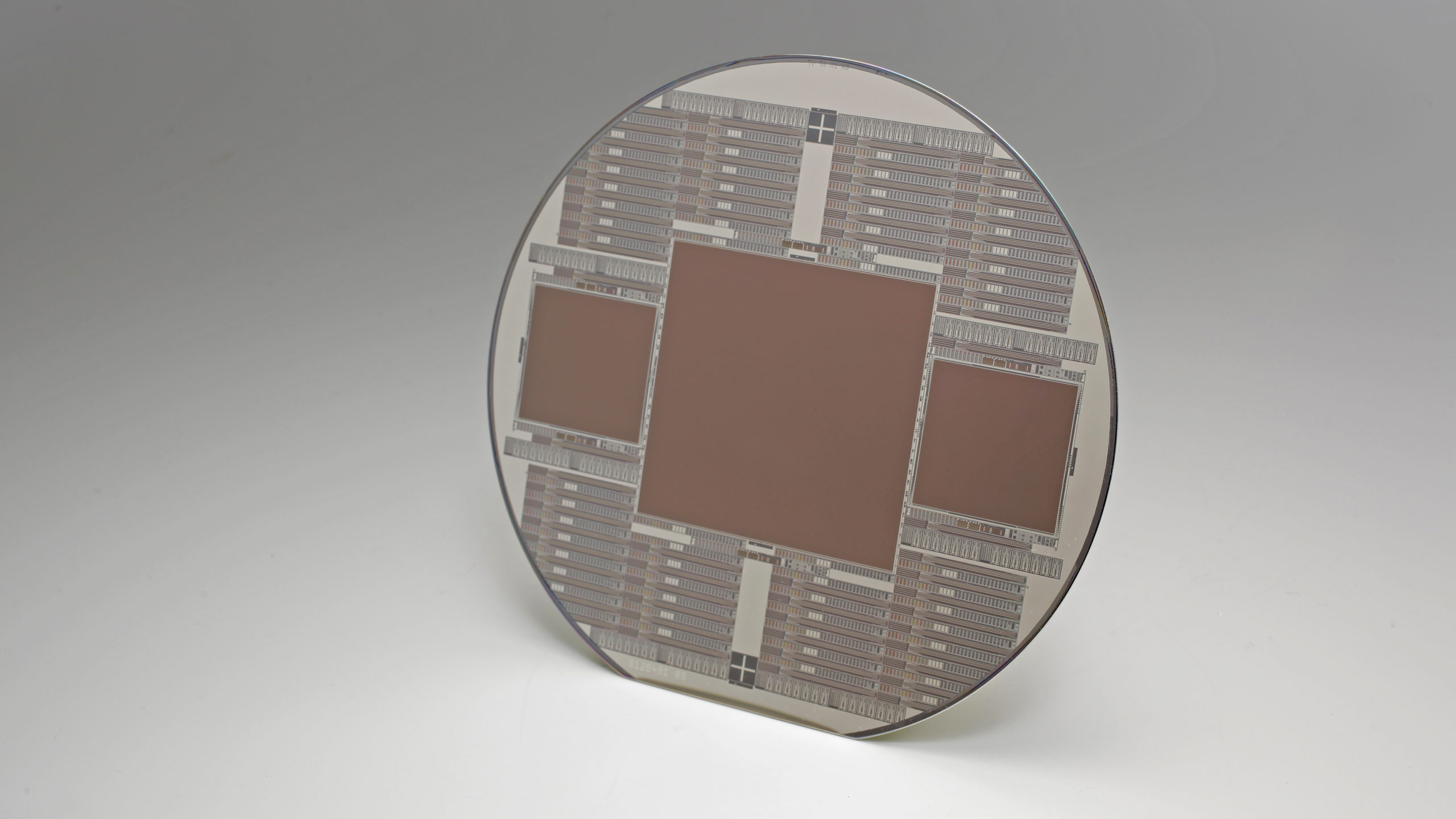 Placed at the heart of the camera, the sensor has replaced the film. It is made up of a multitude of micro-structures deposited on a material with specific electrical behaviour, called a semiconductor, in this case silicon. The resulting object is called a “wafer”. A wafer is not a common object because, in this form, it does not leave the production laboratory. This one was offered to the Museum by Fairchild Imaging, the historical manufacturer of the first CCD sensors, including the one used in 1975 by Steven J. Sasson. It contains three sensors, surrounded by other circuitry, which are then cut up for installation in a photographic instrument. The central one is a 61.4 mm square containing 4096 lines, each with 4096 photoreceptors of 15 microns in size. The two smaller ones have a capacity of 2048×2048 photoreceptors in a 30.72 mm square.