It was in 1973 that the Fairchild Imaging Company launched the first camera with CCD captors (Charged Coupled Device – a transfer charging instrument) fitted with a captor of 100 x 100 dots, which transformed the data transmitted by light into an electric signal. A photograph of the moon was taken with this camera coupled to a telescope in 1974. From the end of the 1970s, cameras with CCD captors appeared in the world of astronomy to be used freely with telescopes, enabling a much finer observation in a much shorter space of time. The Hubble space telescope was launched in 1990. It was equipped with two cameras containing Texas Instruments captors made up of 800×800 photosensitive elements. The 4 CCD matrices of this system, of the size of a postage stamp, are extremely sensitive to the very weak luminous indicators of distant galaxies, and can perceive objects invisible to the naked human eye. Each element converts the light it receives into electrical current, which is then digitally coded, thus forming a pixel. The whole of these data is then transformed into a picture with the aid of a computer. 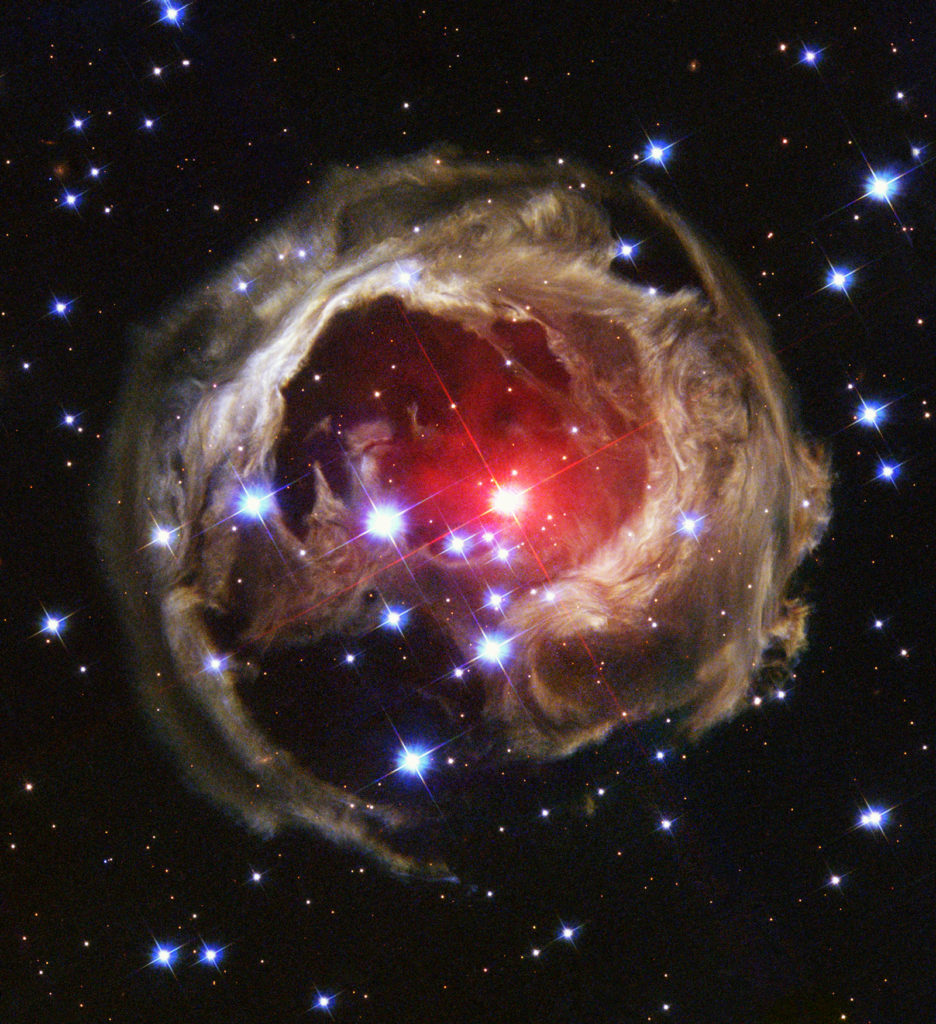 Variable star V838 Monocerotis. This variable star is located in the constellation of the Unicorn, 20,000 light years from Earth. At the end of January 2002, astronomers observed that its brightness increased considerably and made it the brightest star in the Milky Way. It then returned to its normal state. Another phenomenon, also very rare, was subsequently observed: the reverberation of its light propagated in the layers surrounding it, creating a luminous echo that can certainly be observed until around 2010.